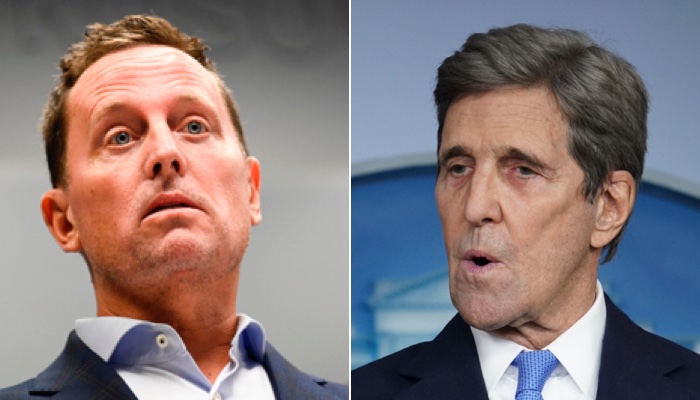 Former acting director of national intelligence Richard Grenell on Tuesday said “we should not look the other way” at John Kerry’s reported secret meetings with Iranian leaders after then-President Donald Trump removed the United States from the Iran nuclear deal.

In an interview on Newsmax TV’s “National Report,” Grenell said he was “troubled” by the Obama administration’s former secretary of state engaging in foreign policy talks without Trump’s knowledge or participation.

“There is a total double standard when it comes to enforcement of this in Washington,” Grenell said of the Logan Act, which criminalizes negotiations by unauthorized American citizens with foreign governments having a dispute with the United States.

“I think we’ve got to look at the details because if these meetings were happening and he was undermining U.S. policy by offering a different alternative, a different set of carrots if you will, we really need to get to the bottom of this,” Grenell said.

According to Grenell, senators, the Department of Justice, the White House, and the State Department “should look at the details.”

“We should not look the other way,” he declared.