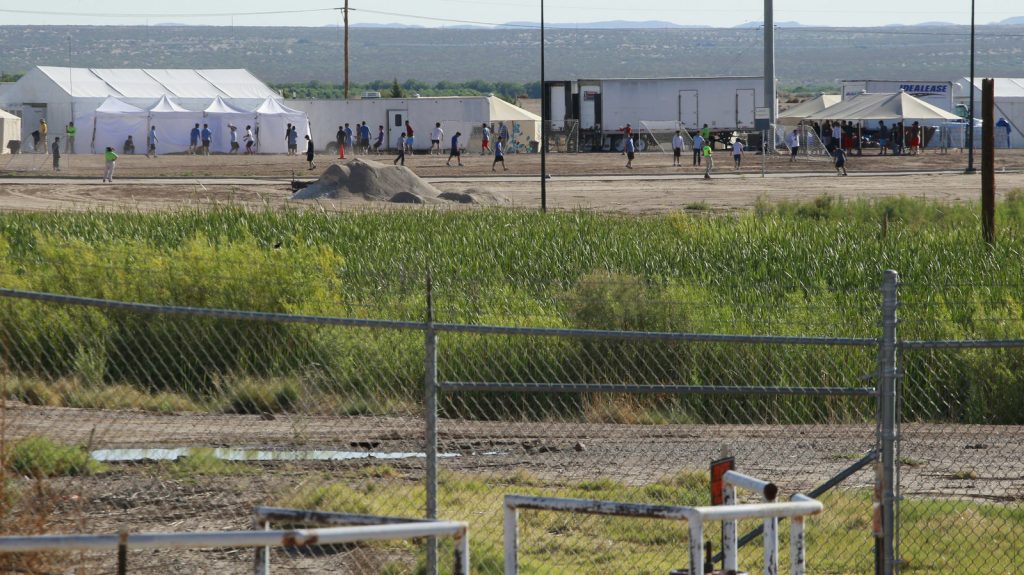 “I thought getting kids out of cages was why we HAD to vote Blue,” one regretful Biden voter stated.

During the Trump era, Democrats and their media lackeys claimed the administration was throwing illegal alien “kids in cages” — completely ignorant of the fact the Obama administration started the policy.

Now, as the Biden admin prepares to open new high-security tent city migrant camps in Carrizo Springs, Texas, to cage house another influx of illegals, the media is defending the facilities, claiming they’re nothing like Nazi Hitler Trump’s “cages” – but conservatives are holding their feet to the fire.

Responding to a Washington Post headline announcing, “First Migrant Facility for Children Opens under Biden,” Donald Trump Jr. criticized a photo used by the liberal outlet showing storage units with bars on windows, pointing out, “I believe you mean ‘cages’ hence the bars on the windows.”

I believe you mean "Cages" hence the bars on the windows. https://t.co/5UpLIfY3rd

A meme also depicted Congresswoman Alexandria Ocasio-Cortez (D-NY) crying outside the storage units, a throwback to a 2018 photo-op where she pretended to be sad outside a migrant facility. Notably, AOC has not responded to the migrant facility news.

The news made even misguided Biden supporters begin regretting their vote for the Democrat.

“I thought getting kids out of cages was why we HAD to vote Blue,” one regretful Biden voter stated. “Nobody said it was so we could move kids from cages to trailers.”

Looks like Biden apologists in the media have their work cut out for them if they think they can just flip the switch on the people they spent four years gaslighting.