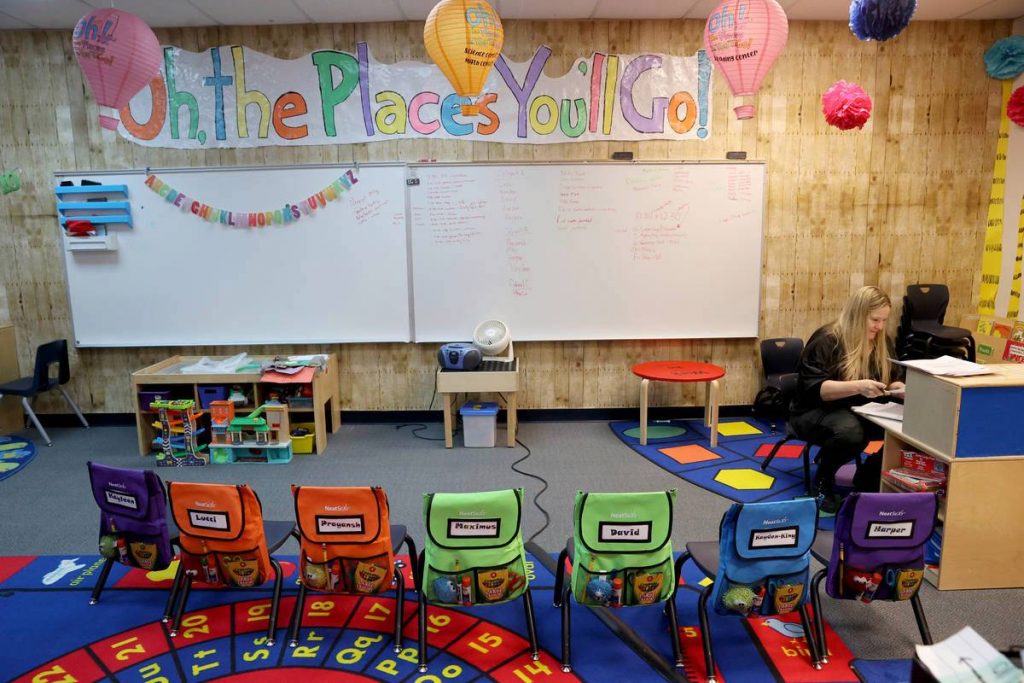 On the eve of reopening Clark County School District schools to their youngest students, a new question has emerged among families: What about next year?

A plan for the 2021-22 school year could be announced in April or May, Superintendent Jesus Jara said in a Q&A session Monday, with five-day, face-to-face instruction a possibility — depending on health data.

Jara pointed to encouraging signs like the downward trend in the number of COVID-19 cases in Clark County, the ongoing vaccine rollout and the easing of restrictions on gatherings as factors that would influence the district’s plans.

“I’m hoping… we get to a point where we can have some type of face-to-face instruction come August, depending on what the numbers are and the guidelines,” Jara said.

The Q&A was part of a series of sessions with Jara hosted by the CCSD Parents Facebook group, and moderated by two of its administrators, Rebecca Garcia and Andrea Cole.

Garcia asked if it was safe to assume a more normal return in August given the health trends.

“Whatever normal looks like,” Jara said, referencing social distancing and masks. “There is that potential.”

The district will welcome Pre-K to 3rd grade students back to campuses on March 1 on a hybrid basis, but no timeline has been publicly announced for older students.

Asked if there’s a plan and a timeline to bring more students back this school year, Jara said a plan has been in the works since Gov. Steve Sisolak announced new guidelines last week on reopening schools, but that it needed to be finalized and shared with the school board before it could be announced.

Jara said the district needed to provide in-person instruction for 20 school days before it could qualify for the expanded capacity and reduced social distancing requirements announced by Gov. Steve Sisolak and the Nevada Department of Education.

Garcia asked whether additional capacity would allow the district to bring in more grades, or just more students in preschool through third grade; Jara said expanding to more grade levels under the new guidelines was a possibility, and that the district was working with its bargaining units and its board on a proposal.

Whatever in-person instruction looks like, the district will continue to offer a distance learning option in the next school year, Jara said. He added that the district is looking to expand its online school, the Nevada Learning Academy, calling it a viable option for many families.

“We have invested significantly in technology and we have to continue to do that,” Jara said.

Garcia said an ongoing concern among parents and students was a lack of consistency among schools in communication, grading and attendance policies, raising that some families had yet to hear about their cohort assignments.

Jara said the expectation was that all schools would communicate with families last week. Beginning next year, the district will use the Canvas learning management system exclusively, Jara said, in order to help with consistency.

On graduations for the Class of 2021, Jara said the revised policies on gatherings in the state meant that the district now had possible venues available to host larger-sized graduations.