Summary evictions would be banned under proposed bill 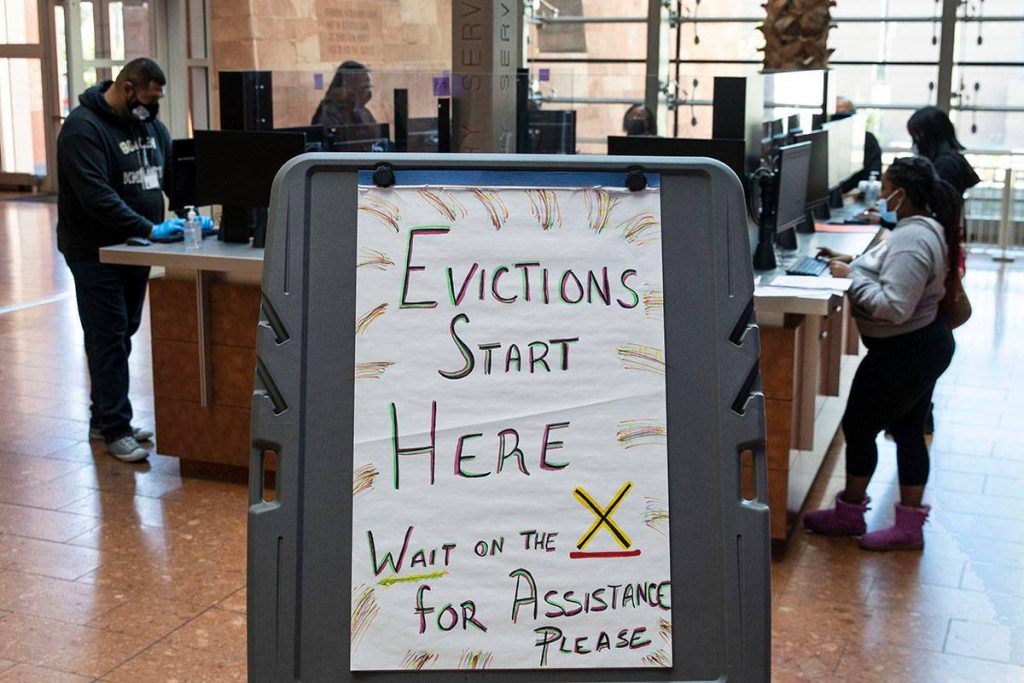 Summary evictions would be eliminated in Nevada under a proposal introduced in the Legislature on Monday, legislation that comes amid concerns of a potential torrent of evictions caused by the COVID-19 pandemic.

Assembly Bill 161, sponsored by Las Vegas Democratic Assemblywomen Selena Torres and Shondra Summers-Armstrong, would eliminate summary evictions, a process that critics have said leaves renters with little chance for remedy, and would instead require those evictions to go through a more robust legal process like other types of evictions.

Gov. Steve Sisolak froze evictions in late March, in the early throes of the pandemic, and let it expire in mid-October. He reinstated that ban on residential evictions in December, and that order is set to expire on March 31.

The number of summary evictions filed in Las Vegas dropped when the pandemic hit but has climbed since Sisolak’s first eviction moratorium expired. There were 4,263 summary eviction cases filed in November, a total that was nearly 79 percent higher than the same month in 2019.

“What we’re going to be seeing as a result of COVID-19 and the stay on evictions, is that a lot of people are probably going to be evicted,” Torres said Monday.

In Nevada, when a landlord gives a tenant notice of late or missed rent payment, the burden is on the renter to file the initial response with the court. If the tenants do not make their payment or file a response, the landlord can ask the court for an order to remove them. In most other states, it is the landlord who initiates the court process.

Putting the burden on the renter, Torres said, is problematic.

“The summary eviction process doesn’t allow for the tenant to have as much due process as they need, because the tenant has to be the individual to invoke the proceeding,” Torres said.

The bill was referred Assembly Judiciary Committee. If passed, it would go into effect on July 1 and would not apply to summary evictions filed before that date.

It is one of several bills relating to evictions expected to be introduced this session.

Assembly Bill 141, introduced last week and sponsored by Assemblyman Howard Watts, D-Las Vegas, would automatically seal records of evictions for non-payments that happen during the pandemic, and would require additional notice for no-cause evictions depending on how long the person had lived in the same place.

In the Senate, two Las Vegas Democrats teamed up on a bill that would expand mandatory private and Medicaid insurance coverage to include services arising from gender dysphoria, the psychological distress suffered by transgender people whose gender identity conflicts with the sex they were assigned at birth.

Senate Bill 139 is sponsored by Sens. Dallas Harris and Melanie Scheible. Under the bill, health insurers would be required to cover “medically necessary treatment of conditions relating to gender dysphoria, gender incongruence and other disorders of sexual development,” including “psychosocial and surgical intervention.” The bill, introduced Monday, was referred to the Senate Commerce and Labor committee for hearings.