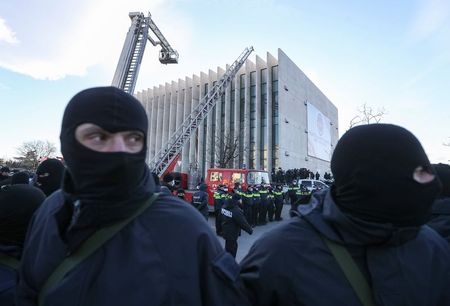 Melia’s supporters had barricaded themselves in the offices, using furniture to block the doors. Scores of police surged into the building during the early morning raid, including using firefighting ladders to gain access via the roof.

Seventeen people were hurt in the scuffles between police and activists, the Interfax news agency reported. Some activists were coughing and suffered eye irritation after police sprayed gas towards them from hand-held canisters.

A new prime minister, Irakli Garibashvili was chosen by parliament late on Monday to replace Prime Minister Giorgi Gakharia, who resigned last week after a court ordered the detention of Melia, a move Gakharia said would cause political turmoil.

In a video posted on Facebook late on Tuesday, the new prime minister called for “all the political forces to which our country is dear to start a true dialogue”.

Melia, the United National Movement (UNM) party’s chairman in the South Caucasus country of 3.7 million people, has been accused of inciting violence at street protests in June 2019, a charge he dismisses as politically motivated.

Hundreds of people massed outside parliament to protest against his detention and pitched two tents in the capital Tbilisi. One protester held up a sign calling for a snap election, the government’s resignation and freedom for “political prisoners”.

The Interior Ministry said it had no option but to use coercive measures at Melia’s party offices as activists had ignored numerous warnings not to obstruct their work.

The U.S. Embassy said it was deeply concerned by Melia’s detention and expressed regret that its call for restraint and dialogue had been ignored.

“Today, Georgia has moved backward on its path toward becoming a stronger democracy in the Euro-Atlantic family of nations,” it said in a statement.

“The logic of escalation is getting the upper hand. The political crisis is deepening,” the EU diplomat, Carl Hartzell, wrote on Twitter.

Zygimantas Pavilionis, a special envoy from the Lithuanian parliament who returned on Monday from a mediating mission to Georgia, said the authorities had been seeking support from Western diplomats for a crackdown.

“They were asking for green light from me, from the EU ambassador, from the American ambassador. I said, no way,” he said. “Now democracy is dying there.”

Last week, a court ordered Melia to be detained for allegedly failing to post bail. Gakharia abruptly resigned on Thursday citing disagreement with his own team over the arrest order. The Interior Ministry initially held off on detaining Melia because of Gakharia’s resignation.

The new prime minister, Garibashvili, served as prime minister from 2013-15. His candidacy was put forward by the ruling Georgian Dream party. 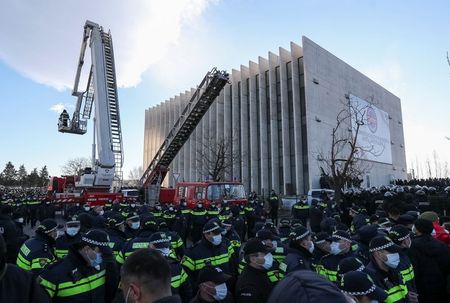 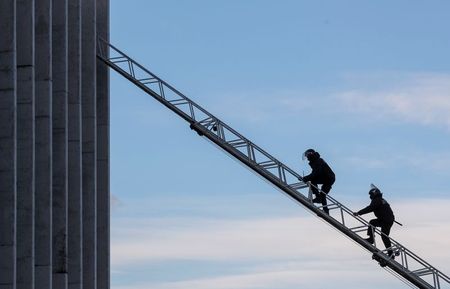 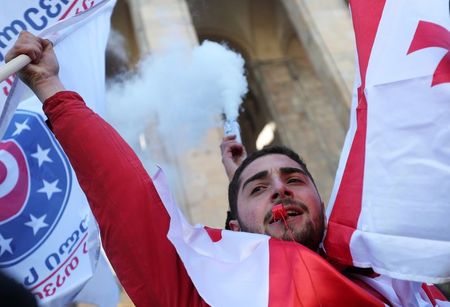 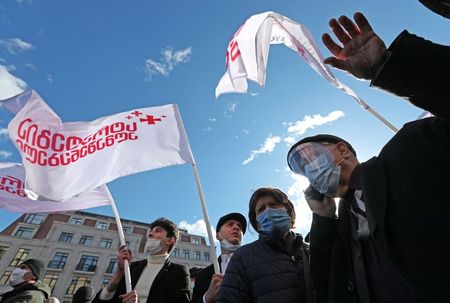