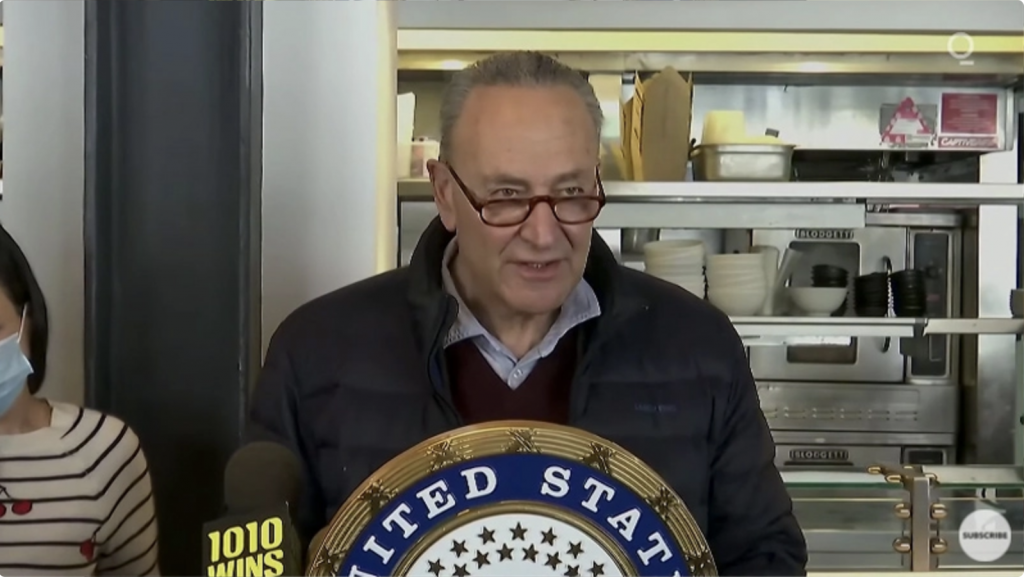 ‘Texas thought it could go it alone and built a system that ignored climate change,’ Schumer said.

“The bottom line is, Texas thought it could go it alone and built a system that ignored climate change,” Schumer said, referencing the state’s renowned energy independence.

“It was not what’s called resilient, and now Texas is paying the price,” Schumer said.

“I hope they learned a lesson.”

“When we build power, when we build anything now, we have to take into account that climate change is real, or people will have to be caught the way the people in Texas were,” Schumer continued.

It was not resilient.

The federal investigation by @FERC and @NERC_Official must look into how Governor Abbott's policies in Texas have failed and exacerbated the winter storm crisis.

“It was not resilient,” Schumer said, adding federal officials are investigating Abbott’s energy policies which he claims “failed and exacerbated the winter storm crisis.”

The latest reports claim 22 people died in Texas either due to hypothermia, or carbon monoxide poisoning as they tried to stay warm inside their cars and homes.