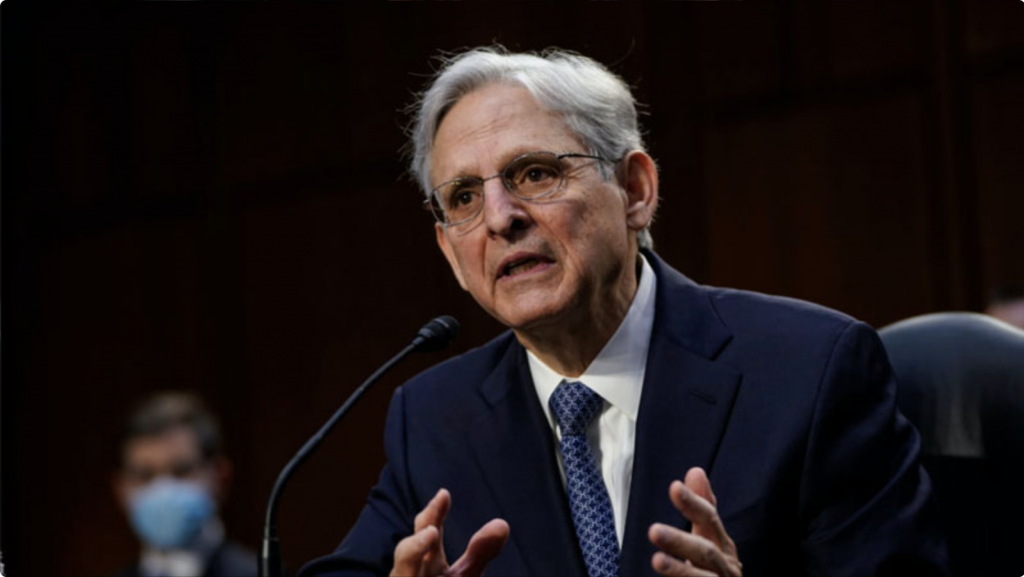 During the hearing, Sen. Chris Coons (D-Del.) asked Garland if he’d be willing to combat “online misinformation” that he claimed contributed to the Capitol riot he characterized as “domestic terrorism.”

“I think that every opportunity the Justice department has to work with members of the Senate, think about how to solve problems and how to craft legislation is one we should take,” Garland replied.

“I don’t have particular legislation in mind in this area, I do think that an important part of the investigation of violent extremist groups is following their activities online and getting an idea of what kind of information or misinformation is being put out. I look forward to talking more about this with you,” he said.

Garland added that he would support an independent panel akin to the 9/11 Commission to investigate the Capitol riot, but only on the condition that it didn’t interfere with the DOJ’s ability to prosecute individuals involved.

“I do think the 9/11 Commission was very useful and very helpful in understanding what happened then, and of course the Congress has full authority to conduct this kind of oversight investigation or to set up an independent commission,” Garland said.

“The only thing I would ask if I were confirmed is that care be taken that that commission’s investigation not interfere with our ability to prosecute individuals and entities that caused the storming of the Capitol,” he continued, “so with those caveats I certainly could not object to anything that Congress would want to do in this regard.”