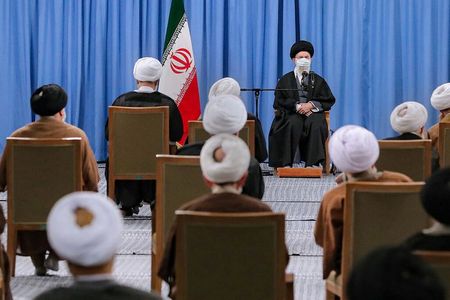 WASHINGTON (Reuters) – A U.S. official played down comments by the Iranian supreme leader on Monday that Tehran could enrich uranium to 60% purity, saying that would be concerning but Iran has not done so yet and Washington is waiting to see if Tehran will return to talks.

The United States on Thursday offered to sit down with the Iranians along with other parties to a 2015 nuclear deal to see if there is a way to return to the pact abandoned by former U.S. President Donald Trump.

The crux of the deal was that Iran would limit its uranium enrichment program to make it harder to amass the fissile material for a nuclear weapon – an ambition it has long denied – in return for relief from U.S. and other economic sanctions.

Iran’s supreme leader Ayatollah Ali Khamenei said Tehran may enrich uranium up to 60% purity if the country needed it, state TV reported, adding that Tehran will never yield to the U.S. pressure over its nuclear work.

Iran has responded to Trump’s abandonment of the nuclear deal and restoration of U.S. sanctions by reducing its own compliance, including by enriching uranium up to 20%, above the pact’s 3.67% limit but well below the 90% that is weapons grade.

“Until you get back to talks, both sides are going to take positions … to elevate the tone. But I don’t know that we need to focus on that. Let’s see whether they agree to come back to the table,” said the U.S. official, speaking on condition of anonymity.

The White House said U.S allies in Europe are still waiting for Iran to respond to the European Union’s offer to host talks among parties to the nuclear deal, which included Iran, Britain, China, France, Germany, Russia and the United States.

“There is no doubt that if we don’t reach an understanding, they will continue to expand their nuclear program … whether it’s what he says they will do – 60% – or something else,” said the U.S. official.

“Both sides are now accumulating leverage, whether it’s them with their nuclear steps, or us with the sanctions that have been imposed. That’s not really helping either side,” the U.S. official added.

It would be “very concerning” to Washington if Iran enriched to 60%, but it had not yet done so, the official said.

The United States wants to “find a way so that neither side feels a need to escalate but to the contrary wants to get back to the place where both sides are in compliance,” the official added.

In a sign Iran plans to further reduce its compliance, Tehran said on Monday it will end at 2030 GMT the implementation of the Additional Protocol that allows the U.N. nuclear watchdog to carry out snap inspections at sites not declared to the agency, the semi-official Tasnim news agency reported.

The U.N. nuclear watchdog said on Sunday it had struck an agreement with Iran to cushion the blow of steps Tehran plans to take this week, including an end to snap inspections, with both sides agreeing to keep “necessary” monitoring for up to three months. 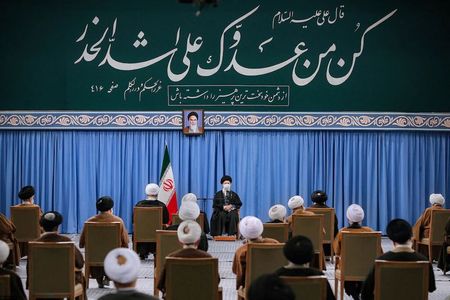 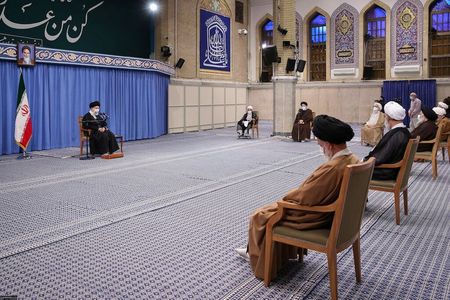