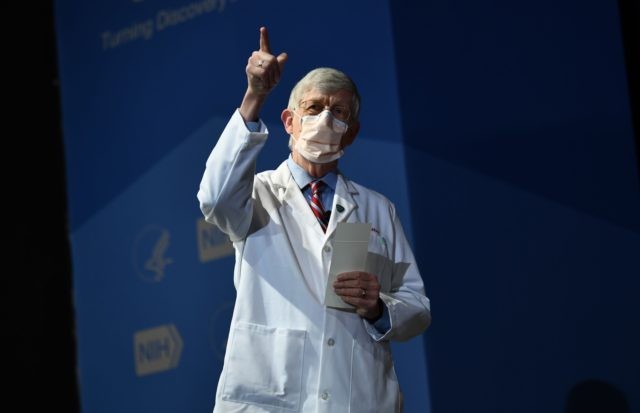 “The Operation Warp Speed, for which I give a great deal of credit to [former HHS Secretary Alex Azar], was a[n] effort that many of us were not initially convinced was going to be necessary. And it was thought about as a Manhattan Project,” Collins said.

"Mask wearing…became so politicized, so emotional, so based on everything except the facts."

Collins also noted vaccines “got done in 11 months from when we first knew about this virus is at least five years faster than it’s ever been before.”

This comes after President Joe Biden said at a CNN town hall on February 16 that “It’s one thing to have the vaccine, which we didn’t have when we came into office, but a vaccinator. How do you get the vaccine into someone’s arm?” Biden personally received the vaccine before Trump left office.

Joe Biden falsely claims “we didn’t have [the vaccine] when we came into office”https://t.co/XZc21RsWbJ pic.twitter.com/2s0vnbpEcG

During a February 19 visit to the Pfizer Kalamazoo Manufacturing Site, Biden falsely claimed, “Just over four weeks ago, America had no real plan to vaccinate most of the country.”