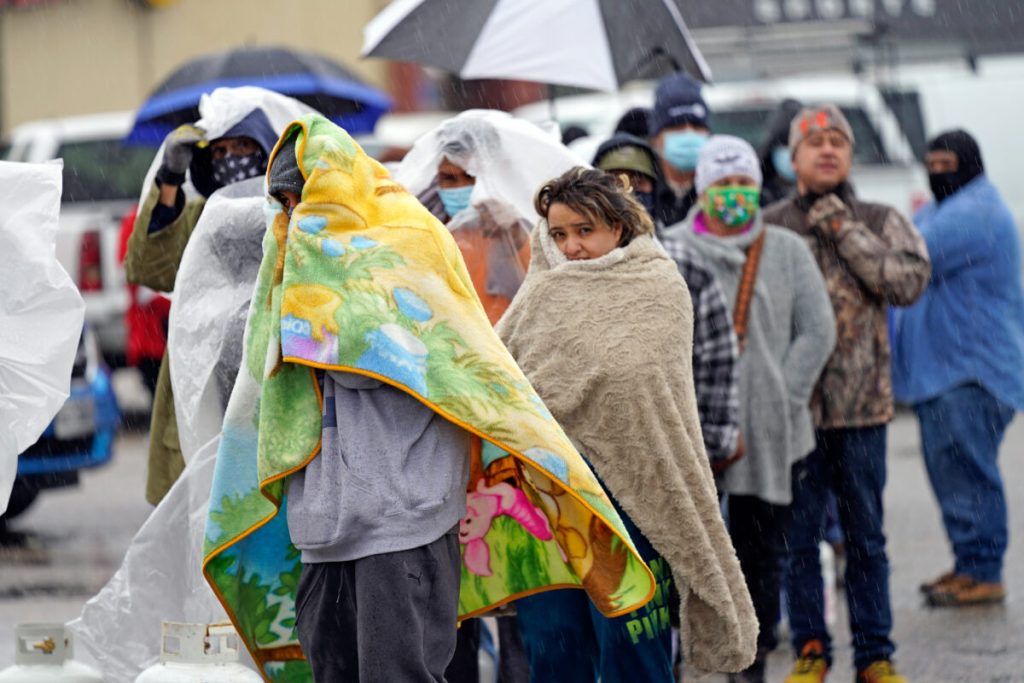 Outcry over skyrocketing energy bills following the severe cold snap that threw millions of Texans into the dark and with no safe drinking water, Texas Gov. Greg Abbott said Sunday the state’s utility regulators will temporarily ban power companies from billing customers or disconnecting them for non-payment.

“Texans who have suffered through days of freezing cold without power should not be subjected to skyrocketing energy bills,” Abbott told reporters on Sunday in San Antonio.

The governor said the Public Utility Commission of Texas will order electricity companies to pause sending bills to customers, and will issue a temporary moratorium on disconnection of services for non-payment.

He said the state will use the pause to find a way to protect utility customers.

“The issue about utility bills and the skyrocketing prices that so many homeowners and renters are facing is the top priority for the Texas legislature right now,” Abbott said.

Abbott called an emergency meeting with legislators on Saturday after reports of many customers receiving bills for thousands of dollars for just a few days’ electricity service.

In Texas’s highly competitive deregulated electricity market, some retail providers offer customers prices pegged to daily wholesale rates or other forms of indexing. Under normal circumstances, this can mean lower prices, but after the cold snap squeezed grid capacity and led to a dramatic run up in wholesale electricity prices, some households have been hit with huge bills.

Ty Williams, a Dallas-area resident, saw his monthly bill soar from $600 last month to nearly $17,000 so far this month, according to local news outlet WFAA.

“How in the world can anyone pay that? I mean you go from a couple hundred dollars a month … there’s absolutely no way‚ it makes no sense,” said Williams, who added that the bill came from Griddy, an electricity retailer that pegs its prices to wholesale rates.

Griddy even urged its customers to switch providers in the short-term to avoid sticker shock.

“If the forecast and prices are too extreme for you right now, we understand if you want to switch providers,” Griddy said in a blog post. “While we value you as a member, we want what is best for your wallet and family even more,” the company said.

The power outages and high bills have left officials scrambling for solutions and demanding reforms.

“The bill should go to the state of Texas,” Houston Mayor Sylvester Turner told CBS News in an interview on Sunday. “When they’re getting these exorbitant electricity bills and they’re having to pay for their homes, repair their homes, they should not have to bear the responsibility.”

Fort Worth Mayor Betsy Price told CBS both the state and the federal government should help with the bills, while Sen. Ted Cruz (R-Texas) also called for action.

Cruz also shared an article by Forbes contributor Robert Bryce, who argued that climate change activists’ push to “electrify everything” would concentrate risks on the electricity grid and make Americans more vulnerable to future shocks.

“The massive blast of Siberia-like cold that is wreaking havoc across North America is proving that if we humans want to keep surviving frigid winters, we are going to have to keep burning natural gas—and lots of it—for decades to come,” Bryce argued.

“That cold reality contradicts the “electrify everything” scenario that’s being promoted by climate change activists, politicians, and academics,” he wrote, adding that “attempting to electrify everything would be the opposite of anti-fragile.”

It is an argument echoed by Jason Isaac, a former state representative and current director of Life: Powered, a project of the Texas Public Policy Foundation. Isaac told The Epoch Times’ “American Thought Leaders” that while the power crisis has laid bare the need for reform, it should focus on targeted winterization mandates and backup energy generation, not sweeping regulation that would curtail Texas’s energy market independence.

“There is some winterization that’s needed. And that’ll certainly take place, that will happen,” he said. “Absolutely, when these power plants were tripped offline, and not being utilized, you have parts that aren’t moving, and those parts will freeze up.”

To guard against extreme events like the recent cold snap, Isaac also suggested policies could be put in place that would require reliable backup generating facilities.

“Basically, dispatchable electricity on demand. So if you’re going to build a wind farm, that’s fine. But you’ve got to put natural gas peaker plants, which are less expensive, smaller, and you can get those built quicker,” he said.

“Put those on the grid so that when the wind stops blowing, if you need to produce electricity for Texans, then you’re going to have to do it by other means—we can’t just have this level of unpredictability,” he said.

All power plants were back online this weekend and power had been restored to most homes in Texas as the weather returned to normal.