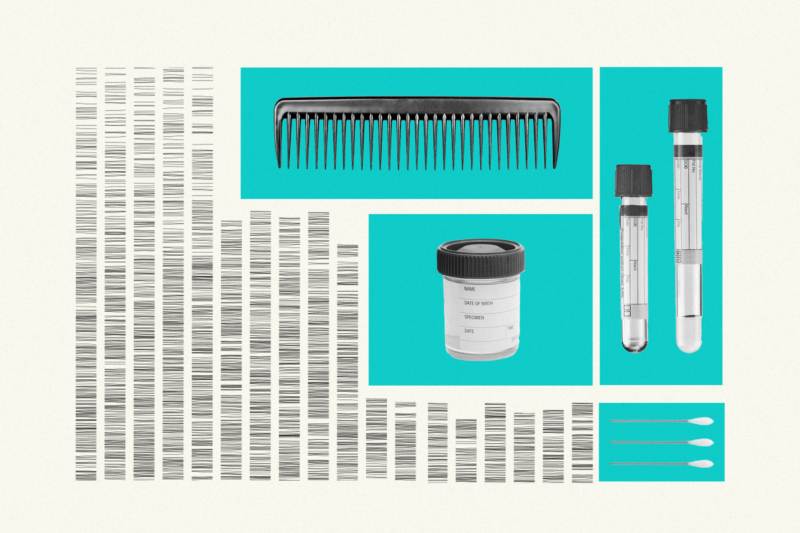 A third of the rape kits the San Diego Police Department had previously left untested have been found to contain a DNA profile the department added to state or federal databases used to solve crimes. SDPD had defended its decision not to test the kits earlier, arguing they had no investigative value.

Results from the 1,627 kits sent to third-party lab Bode Technology for analysis after the department succumbed to political pressure to test all rape kits in its possession began arriving in May.

Through October, the department received results from 396 kits tested by Bode Technology, and 128 of them contained a profile that met legal standards to be added into and searched against state or federal DNA databases, according to records received by Voice of San Diego through a public records request. SDPD received results for another 81 kits in November, but was still determining how many of the profiles found in them met the legal standards to be added to a DNA database.

The results follow years of arguments from SDPD against the national movement to “test all kits.” Advocates argue not only that testing the kits is owed to sexual assault victims who subjected themselves to the invasive and lengthy procedure by which a kit is compiled, but that doing so can help identify unknown offenders or connect a case to repeat offenders through the DNA databases. The kits are composed of forensic evidence from survivors of sexual assault, and include cotton swabs from different parts of their body, hair, clothing and fingernail clippings that might contain an assailant’s DNA.

By state law, all kits collected since 2016 must be tested. But local officials had for years pushed SDPD to test its historic kits as well, culminating in District Attorney Summer Stephan in 2019 blasting the department after Voice of San Diego reported that crime lab analysts had been instructed to lower their testing standards on some kits to help get through the backlog faster. It was then that the city joined the DA-led effort to send all untested kits in the county to Bode for analysis.

Jennifer Shen, SDPD’s former crime lab manager who left the department following the revelation of her instructions to lower testing standards, told Voice of San Diego in a 2016 interview that activists pushing for the testing of all rape kits did not understand SDPD’s process.

“By the time a kit gets to the laboratory, it’s been vetted as a piece of evidence that’s meaningful, as a piece of evidence that could yield a profile that we would be able to upload into a database at a national or state level,” Shen said. “You hear about the 2,000-plus rape kits that haven’t been tested … people think that we should have tested those, and we would tell you that we should not have.”

Two years later, Shen softened her stance slightly, and argued some 500 kits from the backlog could warrant testing, though most untested kits, she said, would still not meet requirements for DNA found in them to be added to federal databases.

But the early results from those first kits from the backlog that Shen allowed to be tested, showed immediate results. One third of them produced a DNA sample that could be added to a federal database.

The kits coming back from Bode now, meanwhile, are the ones that the department had continued to argue would not be useful to be sent to a crime lab for analysis.

That batch is again producing viable DNA profiles to be added to state and federal databases a third of the time.

Lt. Shawn Takeuchi, an SDPD spokesman, said the cases associated with the newfound DNA profiles have been handed to the department’s cold case sex crimes team, which includes one sergeant and two officers. That team reviews the results and other evidence to determine whether a case can move forward based on the new information.

“As of right now, there are no cases from this group that we have returns from, there is no case that has advanced forward in the investigation of charging someone for a crime,” Takeuchi said.

SDPD is still awaiting test results from 1,425 kits sent to Bode for analysis, as of the end of the year, Takeuchi said.

The newly tested kits didn’t just include profiles that could be added to DNA databases, potentially helping solve unsolved or future crimes. Some of the profiles located in the previously untested kits also matched DNA that was already present in the database, records obtained by Voice of San Diego reveal.

Forty-one of the profiles found in the kits matched to profiles that were already in state or federal DNA databases. SDPD accidentally sent Voice of San Diego records containing the number of database matches, after intending to redact the information because it was part of a law enforcement investigation. The department requested that Voice of San Diego not disclose the records sent to it in error. We have agreed not to publish the documents, which contain potentially identifying information about rape victims, but are electing to report the aggregate number of database matches found in the kit.

Joanne Archambault, a retired sergeant from SDPD who is the founder and chief executive of End Violence Against Women International, said following the success of the national movement to get all rape kits tested is a newfound emphasis on what departments do with the results once they come in.

“It doesn’t do any good if you don’t follow up,” she said. “That’s the first fight: It’s not enough to just test them. The real indicator of seriousness is, are you going to do something? The cities doing meaningful work on this assign these cases, and investigators work back on how many cases they link to, and go back to the original investigations.”

It’s a good sign, she said, that SDPD has assigned the cases with new profiles to the department’s cold case team. “That’s the test,” she said.

Takeuchi said it’s difficult to say whether the department should have relented on kit testing like other cities – it had the largest untested backlog in the state – or whether its decision to do so through Bode, and to assign the results to cold case investigators, is an admission that its previous stance was wrong.

State laws, federal guidance and local pressures have changed over time, he said, and the department’s policies changed with them.

“I don’t know if we should have tested all kits before,” he said. “I think you have to look at it as, as society changes, what are the demands and requirements on law enforcement? I think we viewed it as, there was a decision made prior to Chief (David) Nisleit, the chief made the new decision, and times have changed and laws have changed and we’re changing with the times.”

Takeuchi said it’s hard to judge the department’s policies today against what it was doing five or 10 years ago.

“What people valued back then, and what communities invested in then, is different than now,” he said. “There’s been a social change. It’s a shift in how the public looks at things and wants them done. We have a duty to understand, because we work for the community and we have to make those changes.”