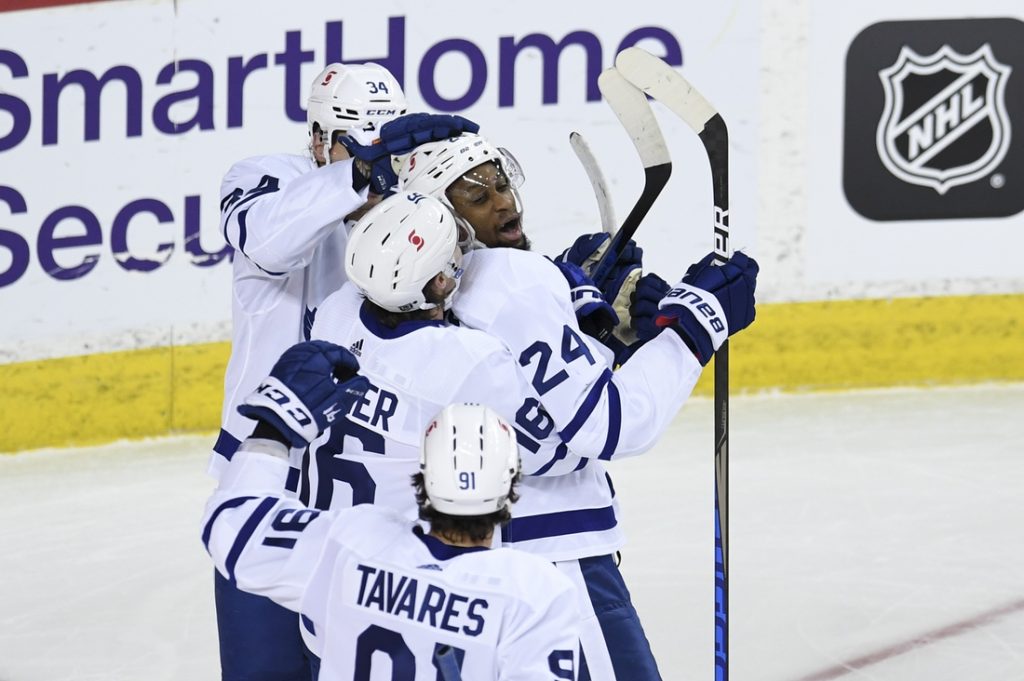 A lucky goal by Auston Matthews early in the third period held up as the game-winner as the Toronto Maple Leafs claimed a 3-2 road victory over the Calgary Flames on Sunday afternoon.

Jack Campbell made 31 saves for the visitors, a handful in the final moments in discomfort while the Flames pushed for the equalizer that never came.

Toronto’s Jake Muzzin opened the scoring with the lone goal of an even first period. Muzzin’s point shot ricocheted off Flames forward Dominik Simon and into the net behind Jacob Markstrom for his first goal of the season at the 7:46 mark.

Mitch Marner’s assist on the goal gave him 300 career points. Coming in his 307th game, he is the third fastest in franchise history to hit 300.

The Flames drew even when Sean Monahan buried his second goal of the season past the midway point. The hosts were buzzing around the net and Monahan buried a sharp-angled offering that banked off Campbell and into the net at 12:53 of the second period.

Wayne Simmonds’ power-play goal restored the Toronto lead with 31.6 seconds remaining in the second period — yet another goal that didn’t beat Markstrom cleanly. Simmonds meant to send the puck to the slot, but it banked off his own skate and into the net for his first goal of the season, 100th power-play goal and 500th career point.

While it was 3-1, Elias Lindholm gave the Flames a much-needed jolt of life to make it a one-goal game. Lindholm ripped a shot from the right face-off dot with 13:27 remaining in regulation, but the comeback effort fell short.

Lindholm, Monahan, Johnny Gaudreau and Andersson have collected at least one point in all four games this season.

Markstrom stopped 29 shots for the Flames, who were without forward Dillon Dube, who was injured in last Monday’s win over the Vancouver Canucks.