Sabres slip past Capitals in shootout 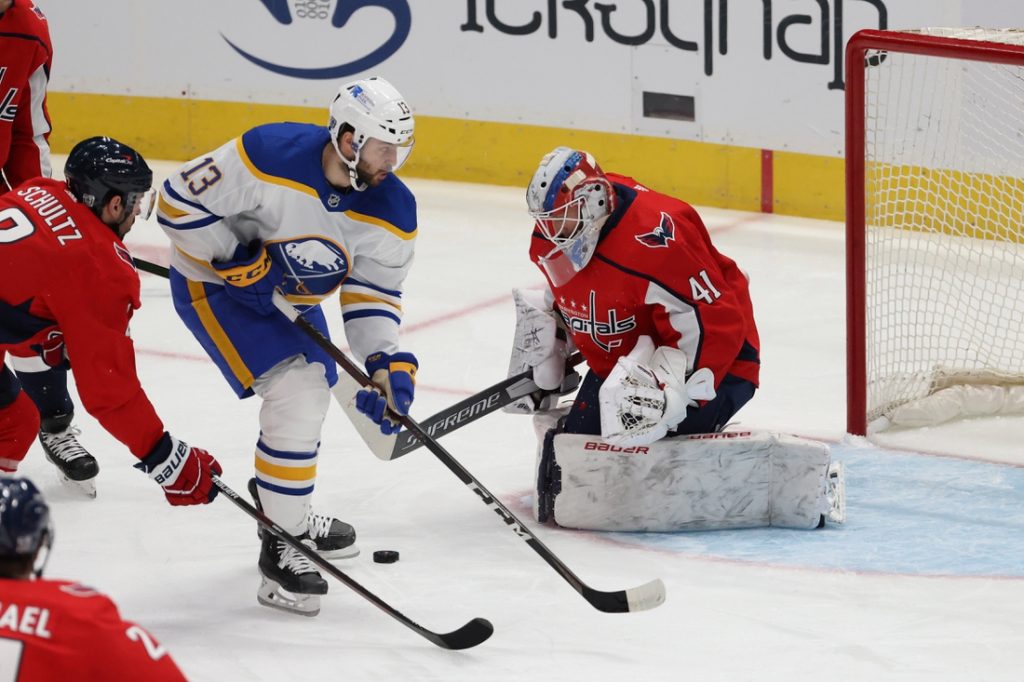 Jack Eichel scored the lone shootout goal and the Buffalo Sabres beat the Washington Capitals for the first time in four tries this season, 4-3 on Sunday at Washington D.C.

After the Sabres lost 4-3 in a shootout at Washington on Friday, they got a little revenge. Eichel, still searching for his first goal of the season, beat Vitek Vanecek, who stopped 45 shots overall, to help Buffalo avoid a third straight loss.

Buffalo’s Eric Staal blasted a one-timer from the right circle past Washington netminder Vanecek to break a 2-2 tie with 12:36 left in regulation, but the hosts quickly leveled the contest with 10:32 to go.

Nicklas Backstrom’s fourth goal of the season came from almost behind the Buffalo net, as the puck found its way in off the pad of the Sabres’ Linus Ullmark (28 saves).

Buffalo, which went 3-for-5 on the power play, missed a chance to go ahead with 9:27 left in regulation when Taylor Hall’s penalty shot hit the right post.

The Capitals were again without star Alex Ovechkin, fellow forward Evgeny Kuznetsov, defenseman Dmitry Orlov and goaltender Ilya Samsonov — who all sidelined due to COVID-19 protocols — and injured veteran Tom Wilson, who entered this contest tied for the team lead with six points.

Washington, yet to lose in regulation this season, opened the scoring 6:58 into the game via Justin Schultz, who blasted a shot from the point that went through traffic before finding the back of the net.

The Sabres would cash in on the power play with just under 10 minutes to play in the middle period. Colin Miller’s blast from just inside the blue line found its way past Vanecek to tie the game 1-1.

However, it didn’t stay tied long as T.J. Oshie deflected Schultz’s wrister from the point past Ullmark for the power-play score with 8:09 to go in the second.

But again, Buffalo answered with the man-advantage. Sam Reinhart pushed a cross-slot pass that a wide open Victor Olofsson one-timed to tie the game 2-2 with 6:56 left in a busy second period.