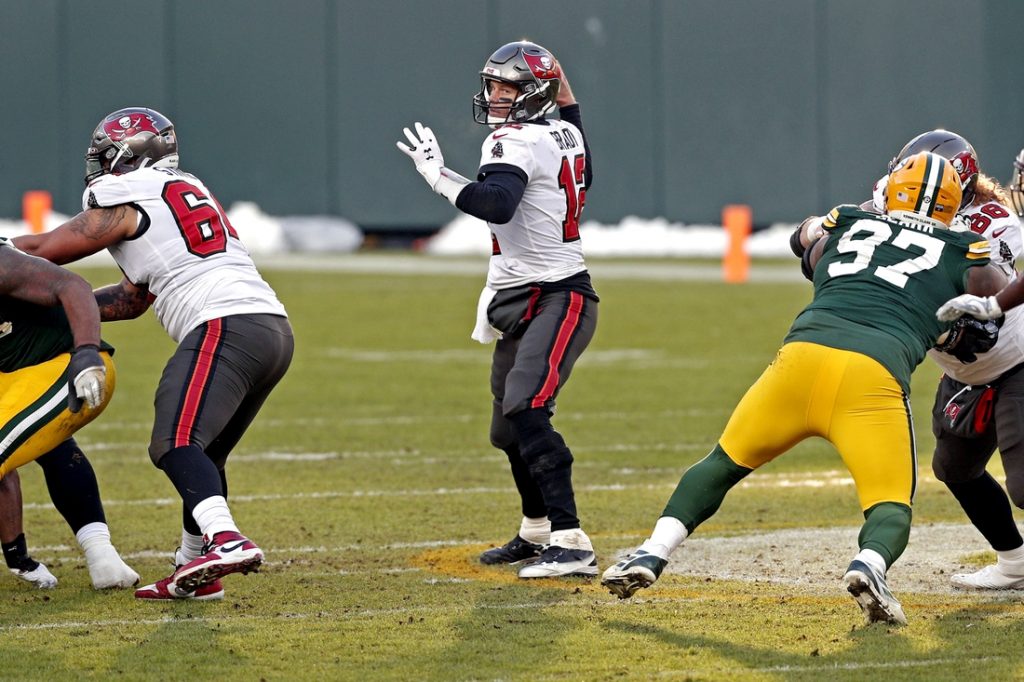 Tom Brady passed for three touchdown passes and will be returning to the Super Bowl for the 10th time after helping the Tampa Bay Buccaneers defeat the host Green Bay Packers 31-26 in the NFC Championship on Sunday afternoon.

Shaquil Barrett recorded three sacks and Jason Pierre-Paul added two as the Buccaneers built a 17-point lead en route to reaching the Super Bowl for the second time in franchise history. Tampa Bay also reached the big game in the 2002 season and walloped the then-Oakland Raiders 48-21 for its only Super Bowl title.

The Buccaneers will become the first team to play a Super Bowl in its home stadium with the game set for Feb. 7 in Tampa, Fla.

Green Bay reached the Tampa Bay 8-yard line late in the game but questionably settled for Mason Crosby’s 26-yard field goal with 2:05 left to move within five points. The Buccaneers got the ball back and picked up three first downs while running out the clock.

Brady improved to 10-4 in conference championship games, while Rodgers dropped his fourth straight to fall to 1-4.

Green Bay experienced a devastating sequence over the final 34 seconds of the first half to trail 21-10 at the break.

The Packers were down four and facing second-and-18 from their own 32-yard line when Rodgers was intercepted by Sean Murphy-Bunting.

The turnover became costly when Miller sped past Green Bay’s Kevin King and Brady connected with him from 39 yards out with one second left to account for the 11-point halftime advantage.

More misfortune occurred on the Packers’ initial possession of the third quarter. Aaron Jones caught a short pass, but Whitehead dislodged the ball at the Green Bay 32 and teammate Devin White (15 tackles) recovered it at the 29 and ran 21 yards to the 8.

On the ensuing play, Brady tossed an 8-yard scoring pass to Brate to make it 28-10 just 66 seconds into the second half.

Alexander picked off Brady twice in the first six minutes of the fourth quarter, but the Packers were forced to punt on both occasions.

The Buccaneers started strong by taking the opening kickoff 66 yards on nine plays with Brady tossing a 15-yard scoring pass to Evans. Green Bay tied the score in the opening minute of the second quarter when Rodgers threw a 50-yard touchdown pass to Valdes-Scantling.