States push for allowing concealed carry of guns without permit 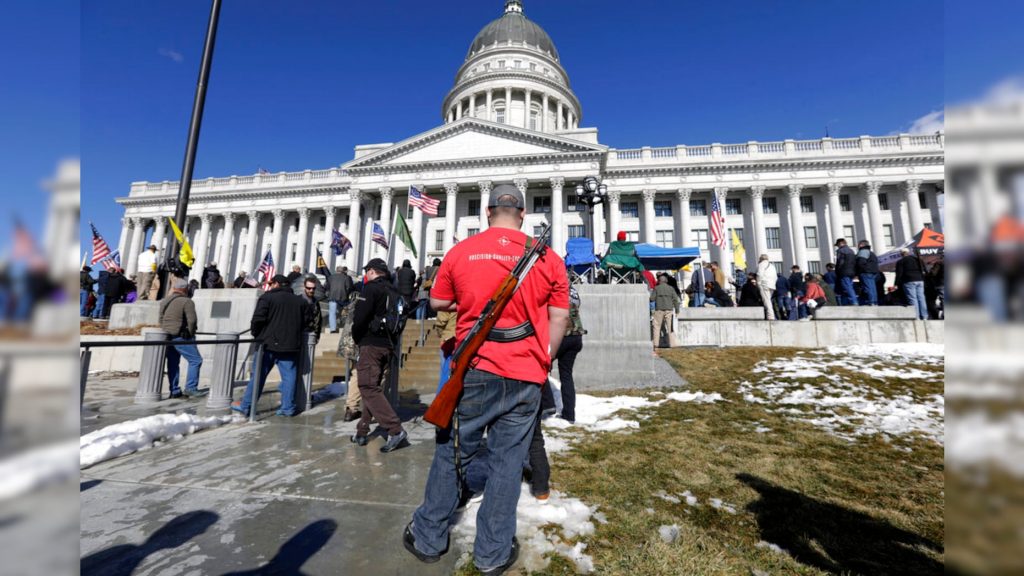 GOP lawmakers in multiple states are aiming to relax certain gun restrictions by allowing people to carry concealed firearms without having to obtain a permit, continuing a trend that many gun control advocates say is frightening.

Fifteen states already allow concealed carry without a permit, and lawmakers in nine others have proposed allowing or expanding the practice. GOP governors are backing the changes in Utah and Tennessee. Another bill expanding permitless carry in Montana has passed the state House.

FILE: A man carries his weapon during a second amendment gun rally at Utah State Capitol on Feb. 8, 2020, in Salt Lake City.  (AP)

Most states require people to do things like get weapons training and undergo a background check to get a permit to carry a gun hidden by a jacket or inside a purse. Groups like the National Rifle Association and state lawmakers who support gun rights argue those requirements are ineffective and undermine Second Amendment protections.

The proposed changes come after gun sales hit historic levels last summer — reflected in FBI background checks — amid uncertainty and safety concerns about the coronavirus pandemic, the struggling economy and protests over racial injustice. Since then, a violent mob stormed the U.S. Capitol.

Against that backdrop, the efforts to loosen concealed carry requirements are a frightening trend for Shannon Watts, founder of the gun control group Moms Demand Action.

“It is dangerous to allow people to carry hidden, loaded handguns possibly without a background check or any training,” she said, adding that the annual rate of aggravated assaults with a firearm has increased 71% in Alaska since the state became the first to allow concealed carry without a permit in 2003.

Newly elected GOP Gov. Spencer Cox has said he supports the idea, in contrast to his predecessor and fellow Republican Gary Herbert, who vetoed a similar bill in 2013.

Supporters of the change argue that other state laws against such things as felons having guns and anyone carrying a firearm while intoxicated are enough to ensure guns are used safely.