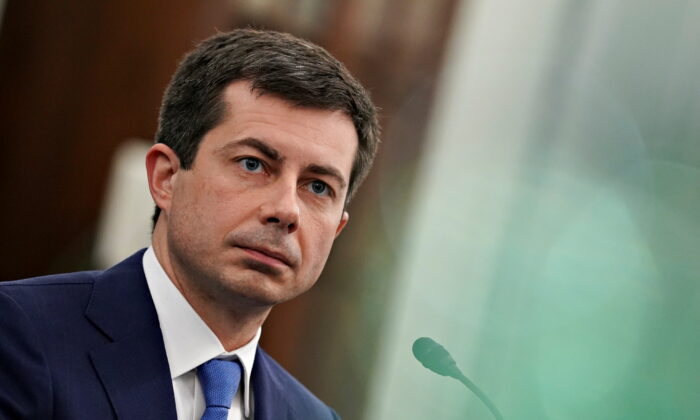 President Joe Biden’s pick for secretary of transportation said recently that a tax on gasoline is possible.

“I think all options need to be on the table. The gas tax has not been increased since 1993, and it’s never been paid to inflation. And that’s one of the reasons why the current state of the Highway Trust Fund is there’s more going out than coming in. Up until now, that’s been addressed with general funding transfers. I don’t know whether Congress would want to continue doing that,” former South Bend Mayor Pete Buttigieg told senators during his confirmation hearing last week.

“In the near term, we need a solution that can provide some predictability and sustainability. In the long-term, we need to bear in mind also that as vehicles become more efficient and as we pursue electrification, sooner or later there will be questions about whether the gas tax can be effective at all.”

The current federal gas tax is 18.4 cents per gallon, according to the U.S. Energy Information Administration. The average of total state taxes is 29.8 cents per gallon. The tax money goes into the Highway Trust Fund, which pays for most government highway and mass transit spending.

One of the options for increasing money in the trust fund would be adjusting the gas tax and/or linking it to inflation, Buttigieg added later, along with noting that general funding transfers could continue.

“A lot has been suggested recently about the idea of vehicle miles traveled. If we are committed to the idea of user pays, then part of how you might do that would be based on vehicle miles traveled. But that raises concerns about privacy and there remains some technological questions. These are examples of some of the things that could be part of the solution, but I know that that’s going to have to be a conversation not only in the administration, but with Congress too,” he said.

Sen. Rick Scott (R-Fla.), who was pursuing the line of questioning in the hearing, wrote on Twitter that Buttigieg “said he’s open to raising the gas tax on the American people to pay for government’s wasteful spending.”

“There is absolutely NO reason we should be placing that burden on taxpayers,” Scott said.

Buttigieg also told Sen. Mike Lee (R-Utah) that the gas tax could increase. “Certainly many states have taken that step, including my own, but it’s not the only approach,” he said.

A Buttigieg spokesman later contradicted what the nominee had said during the hearing.

“A variety of options need to be on the table to ensure we can invest in our highways and create jobs, but increasing the gas tax is not among them,” the spokesman told news outlets.