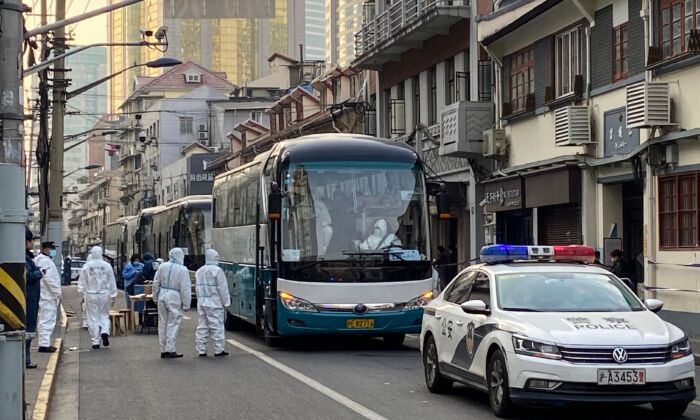 Thousands of residents in downtown Shanghai are being relocated to hotels in emergency isolation measures after local authorities said hospital workers and patients in the city center had tested positive for the CCP virus.

Surrounding areas have also been locked down, with residents facing rapidly worsening conditions as the government attempts to halt the spread of the virus.

Authorities have also been conducting mass testing, with the Shanghai Municipal Health Commission reporting on Jan. 22 nine newly confirmed COVID-19 cases. COVID-19 is the disease caused by the CCP (Chinese Communist Party) virus. Six of the cases were determined to be from local transmission, while three were imported.

The cases of local transmission were all from Shanghai’s Huangpu District—the same area where the COVID-19 positive hospital workers were living.

The Zhaotong residential community in the district was upgraded to a medium-risk area on Jan. 21 after the positive cases were confirmed to the public. The area was then put under lockdown, and groups of residents transferred to hotels on Jan. 21 and Jan. 22.

A hotel owner in the Zhaotong community told The Epoch Times that they closed their business on Jan. 21, and all staff and customers have since been sent to other hotels for isolation.

“There is a resident here who tested positive in the cancer hospital. He lives in our Zhaotong community. (We) are all isolated in hotels, and there are 15,000 people here that have been tested. The whole community is empty.”

This is the first time that Shanghai has adopted relocation as an isolation measure since the start of the epidemic. The Epoch Times obtained a video showing people being relocated.

A restaurant owner near the Zhongfu Shifuhui Hotel told The Epoch Times that many local roads have been blocked, and the hotel and its surrounding areas have been completely locked down.

They had to close the restaurant yesterday, the owner said.

Local authorities announced that they have formed a team of 3,100 people to help with contact tracing and case investigations.

After Shanghai’s first cases in two local hospitals were publicly announced on Jan. 21, authorities required all personnel in the city’s medical institutions to be tested for COVID-19.

Testing was soon expanded to all at-risk residents. City health officials announced on Jan. 22 that they had tested 15,918 people for the virus.

The Epoch Times obtained a video showing hospital workers and residents waiting in line to be tested, while streets in Shanghai were blocked off and residents told by health workers that they would be relocated and undergo isolation.

Shanghai resident Mr. Li expressed to The Epoch Times on Jan. 21 that he remains concerned that the Chinese communist regime is still not telling the truth about the epidemic.

“It [the government] said that more than 10,000 people have been tested, and how many results have not come out? There may be positives among the unannounced,” he said.

Following confirmed cases at the hospitals—Fudan University Shanghai Cancer Center and Renji Hospital, which is affiliated with Shanghai Jiao Tong University School of Medicine—panic has spread among students at the related medical schools, with many worrying that the schools would be locked down and they would be forced to stay on campus. Students began encouraging each other to leave campus overnight before the end of the semester.

“Students who were scheduled to do experiments on Jan. 30 all rescheduled for today,” he said in the post. “The campus is full of the sound of suitcases rubbing the ground. I feel that the epidemic is so close to me. I really hope that the epidemic in Shanghai will be effectively controlled as soon as possible.”

Gu Xiaohua, Xiao Lushen, and Luo Ya contributed to this report.

END_OF_DOCUMENT_TOKEN_TO_BE_REPLACED 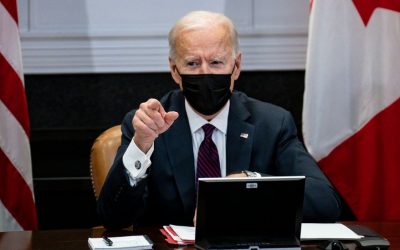