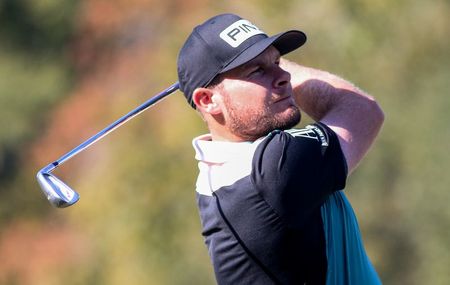 (Reuters) – England’s Tyrrell Hatton fired an error-free final round to finish at 18-under overall and win the Abu Dhabi HSBC Championship by four strokes on Sunday after overnight leader Rory McIlroy faltered to finish third.

Hatton kept his composure and carded 66 in the final round with six birdies to stave off a late surge from Australian Jason Scrivener, who also carded a 66 with a strong showing on the back nine to move up five places and finish second.

“It’s surreal to be honest,” Hatton said after his sixth European Tour win. “Even knocking the putt in on 18 doesn’t seem like I’ve won the tournament but it’s amazing.

“I’ve always loved starting my season here in Abu Dhabi and to now add my name on that trophy with so many great champions before me is a huge honour.

“It’s massive. Ryder Cup points have started again and that’s a huge goal for me this year, to make that team, so I’m absolutely delighted that I’ve managed to pick up a load of points this week.”

McIlroy, who held a one-shot lead heading into the final round, recorded four birdies offset by four bogeys on Sunday as he finished on 13-under overall.

The Northern Irishman had extended his lead after two birdies in the first three holes but Hatton moved up to top the leaderboard by two at the turn, which included a 27-foot birdie putt on the ninth.

Hatton then followed that up with a monster 34-foot putt on the 10th for another birdie and never looked back.

(Reporting by Rohith Nair in Bengaluru; editing by Ken Ferris)