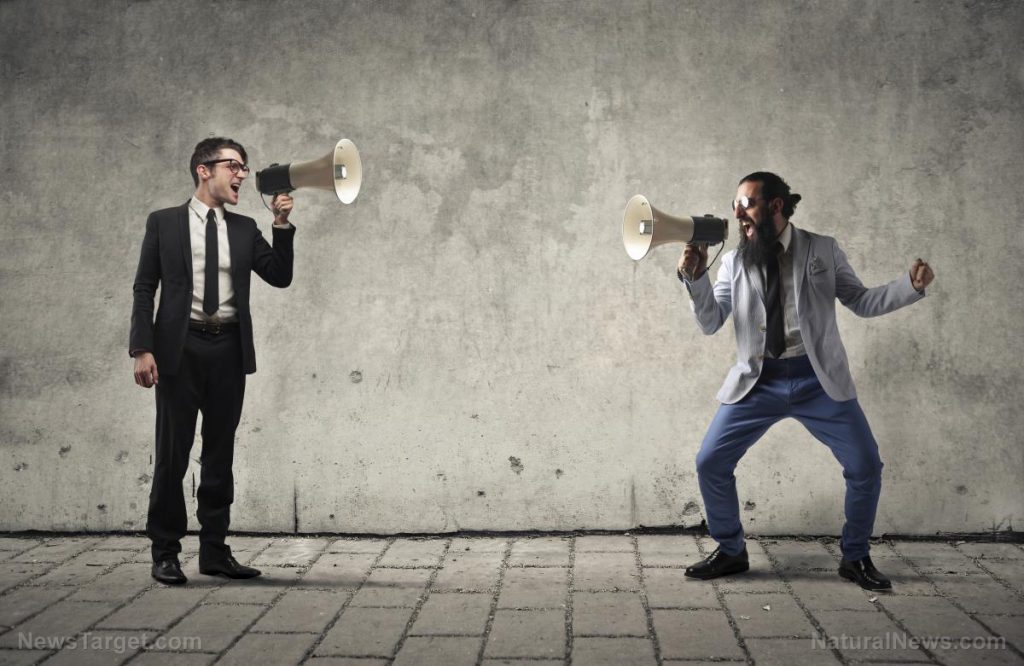 The fact that many of the biggest companies in the world absolutely despise conservatives did not first manifest this week. It didn’t start with this election. It didn’t even start with President Trump. Companies like Twitter, Shopify, Marriott, and others who recently cancelled binders full of conservatives have hated us for years. Industries like professional sports, Hollywood, and Big Academia have hated us for longer. They’ve just tolerated us because we help drive their businesses.

Most conservatives haven’t been blind to this détente, either. We just assumed they might hate us but they need us. The lesson we’ve been learning slowly in recent years and quite suddenly in recent days is that they don’t need us. At least they think they don’t. Or, to be more accurate, they think we won’t leave, that we’ll take the abuse and move on like good little sheep once President Trump is finally out of office.

Will we oblige? I, for one, will not. In recent talks with a couple of fellow conservatives, we came to a conclusion that many of you have probably already considered. Some of you may have even acted on it. Our idea isn’t novel in any way, but as far as we know there isn’t a successful iteration of it. The idea is this: Conservatives need an ecosystem that embraces freedom.

For every Twitter there’s a Gab and Parler (well, there WAS a Parler until this morning; hopefully they’ll get their mess figured out). For every Google there’s a DuckDuckGo. For every… and this is the point in the article in which I can’t come up with another good example. We need a repository, a catalog, a directory, a… something. I’m not looking for a list of companies whose CEOs donate to conservative causes, though that would be nice as well. What we need is a place where people can go and find alternatives to the radical-left-supporting companies out there, which seems to be most of them lately.

They don’t have to be MyPillow or In-N-Out Burgers. I just want to know who runs their businesses in ways that are pro-America, who will not cancel us because of our ideology, and who are not big supporters of progressive causes like Planned Parenthood or Black Lives Matter. I want to know I can do business with a company and have a reasonable expectation that my dollars aren’t being used against me down the line. And I want to know that if they don’t like the fact that I’m not “woke,” they’re not going to cancel my account or spit in my burrito.

So here’s what I need. First, are there already services out there that list these types of things? Maybe I’m just bad at searching but the best I could find were short lists of a handful of conservative companies. Second, what companies should be listed? I’d love to hear from you guys as we contemplate how to make this happen. At this early stage, we’re just coming up with ideas. But we want to move quickly. If we wait too long we may not even be able to spread the word once we get it built.

I don’t want to get into many more details, not because I’m paranoid that someone will steal the idea (if you have the resources already, PLEASE steal the idea and run with it!) but because this is all just baking in the brain right now. I’m at the “spitballing” phase of development, but the pressure is already on to make something happen quickly.

As I posted to social media earlier, we thought the game was rigged when it was actually all a trap the whole time. Now we’re scrambling to figure out how to move forward. We cannot let this happen again.