Clarke fires 64 to win at Hualalai 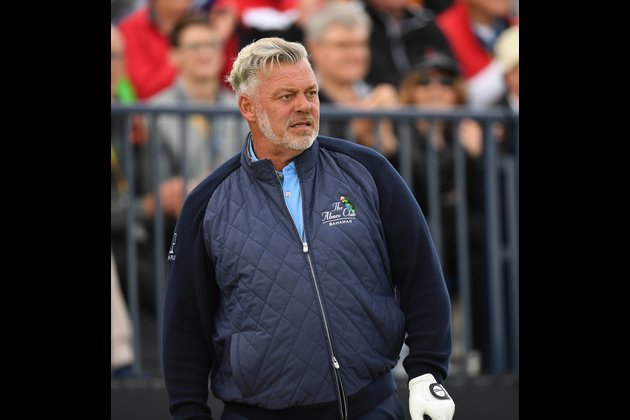 Darren Clarke shot a blazing 64 on Saturday to hold off Retief Goosen and claim the $1.8 million Mitsubishi Electric Championship at Hualalai.

Clarke finished at 21-under 195, two strokes ahead of Goosen, who also carded a 64 — including an eagle — but couldn’t catch up to Clarke. The pair tied for the low round of the day in Ka’upulehu-Kona, Hawaii, neither recording a bogey.

“There’s no unassailable lead because the guys make birdies, you saw that today. That’s just the way it is. You have to play well and you have to stay aggressive, and I was able to do that today,” Clarke said.

“I could see everything Goose was doing, so every time he was making a birdie, I was having to try and follow him, make another birdie right on top of him playing behind him. But that’s brilliant, that’s why we play the game. We play for the competition, we play to put ourselves in position that we want to win,” Clarke said.

Goosen put the pressure on, following a birdie at No. 3 with an eagle on the par-5 fourth. But Clarke carded six birdies on the back nine to counter Goosen.

Clarke, 52, earned back-to-back victories after claiming the TimberTech Championship in November, his most recent Champions outing. It was his first win on the tour.

“Just to win, to get in the winners and to win again is certainly very gratifying,” Clarke said. “The guys have been so good to me out here since I’ve been out here, so welcoming. And the standard is so high, just it’s incredible. The guys really flat out can play. I’ve been fortunate these past couple