UFC kick Azaitar out over breach of COVID-19 protocols 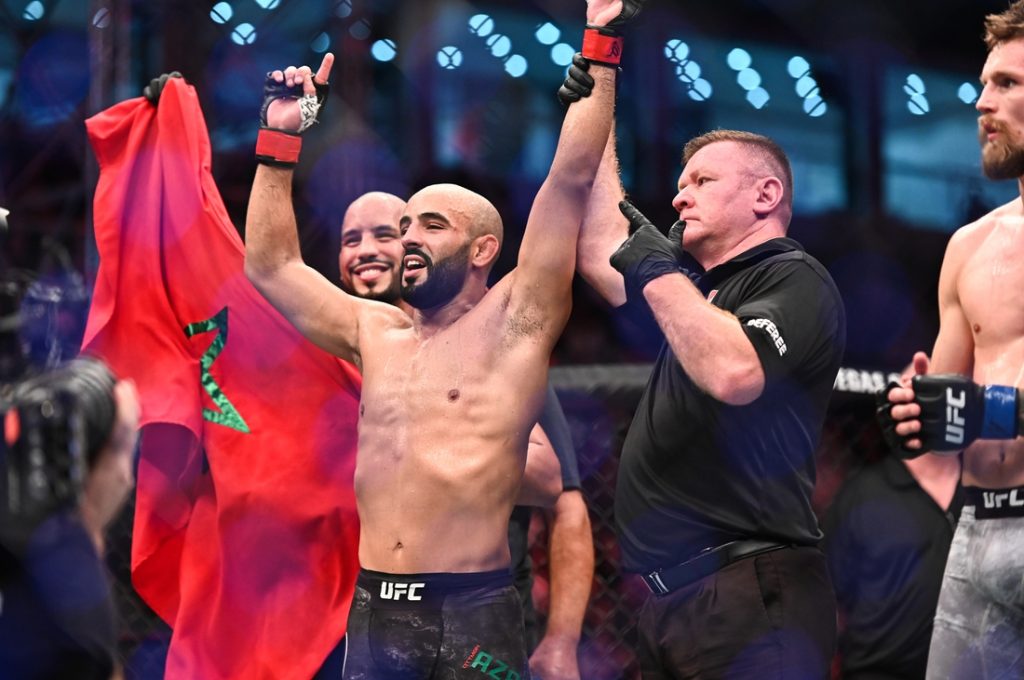 (Reuters) – Ottman Azaitar has been released by UFC after his camp violated COVID-19 protocols ahead of UFC 257 in Abu Dhabi, UFC president Dana White has said.

The unbeaten 30-year-old Azaitar, who has a 13-0 record, was set to fight American Matt Frevola but was cut after UFC discovered an unauthorised person had entered the bubble with help from the fighter’s camp.

“He and his team cut their wrist-bands off and got them to people on the outside, one guy,” White told MMAJunkie.

“This guy got inside the bubble, went in through a room, shimmied down four balconies, went through his (Azaitar’s) balcony, and dropped off a bag of we don’t know what.

“Then he changed his clothes and went back outside of the bubble. We got everything on camera, we saw the whole thing, how it all went down, pulled his fight and cut him.”

Frevola will now fight Arman Tsarukyan after the Armenian’s original opponent Nasrat Haqparast pulled out due to illness.

(Reporting by Rohith Nair in Bengaluru)