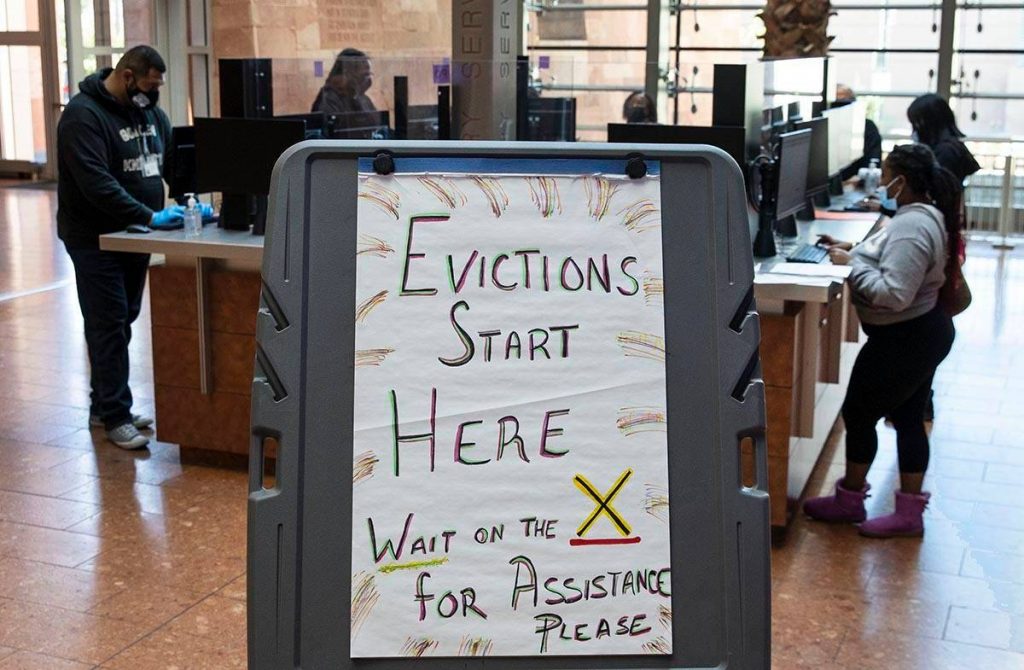 Eviction moratoriums have protected cash-strapped renters affected by the coronavirus pandemic for the past 10 months, but mom-and-pop landlords are finding themselves shouldering tremendous financial burdens.

Landlord Mario Tafarella is owed more than $30,000 in rent from two of his Las Vegas rental properties in Desert Shores, and it’s money he never will receive.

“Thirty grand — take it out of your bank account. Would it have a financial impact on you?” Tafarella said, referring to eviction moratoriums implemented by Gov. Steve Sisolak and the federal government. “It’s horrible what was done, and it should be illegal.”

Shannon Conley, a landlord in Reno, said the eviction moratoriums are frustrating. She found herself not only out rent money from her tenant but also discovered extensive damage to her property including “the carpet with all (their pet) ferret’s poop on it.”

Landlords looking to evict tenants for nonpayment of rent must wait longer before taking action.

That’s because Sisolak reinstituted his eviction moratorium last month. The directive is expected to expire March 31. Like the Centers for Disease Control and Prevention order, eligible tenants must opt in by signing a declaration form and giving it to their landlord.

The governor’s office did not respond to request for comment.

Tafarella said he was unaware of Sisolak’s latest directive but is concerned should his tenants stop paying rent.

“We’ve got tenants that have been with us five and seven years, and they paid us through the eviction ban … but who knows, anything can happen,” he said. “If all of them (stop paying) it would drive us to bankruptcy.”

Las Vegas resident and landlord Bob Smith said his worst-case scenario would be foreclosing on his properties in Pahrump and Las Vegas.

Smith had to tap into his savings when one tenant stopped paying rent last year after the eviction moratorium took effect. He’s lost more than $6,500 and had to requested a mortgage forebearance on the home.

Smith said that like during the Great Recession, when he had to foreclose on four properties, he doesn’t recall very many government programs aimed at helping smaller landlords.

“The CARES Act has a lot of incentives for larger property owners to be able to apply for benefits, but the smaller homeowners are really struggling,” he said.

The main lifeline for mom-and-pop landlords is a mortgage payment forbearance option first made available after last year’s passage of the federal coronavirus relief package, or the CARES Act.

The program allows for homeowners to pause their mortgage payments for up to 12 months on government-backed home loans, but they’re required to eventually make repayments.

A lender or loan servicer is also prevented from foreclosing on a property until the end of March. The moratorium on foreclosures was set to expire Feb. 28, or Jan. 31 for Fannie Mae or Freddie Mac-backed loans, but President Joe Biden extended the protection Wednesday.

“Rental assistance is available, and it’s given directly to landlords so that landlord relief element is still there and has been there the entire time,” she said.

Clark County has an estimated $125 million budgeted for housing and utility assistance, which is being paid out through the CHAP program, according to Clark County spokesman Dan Kulin.

For landlords like Tafarella, whose rental properties are paid off and serve as retirement income, the forbearance program offers no help, and one of his tenants was unable to receive rental assistance because the funds had run dry at the time he applied.

Tafarella, who lives in Santa Barbara, California, owns 12 rental properties — 11 condominiums and a house — in the Las Vegas Valley.

He stopped receiving monthly rent payments at two of his properties in March when Sisolak announced his first eviction moratorium.

When Sisolak’s moratorium expired Oct. 15, Tafarella quickly learned about another moratorium in place. The CDC issued a national moratorium on evictions for nonpayment of rent Sept. 4. It was extended this week by Biden through at least the end of March.

Tafarella recalls learning about the CDC order when his tenant handed him a signed declaration form. The tenant was on the lease with his girlfriend, who was working as a nurse.

“I contacted our eviction company and said, ‘What’s the deal? There’s two tenants. Can you please check with the legal staff and see if one form is sufficient,” he said. “The (eviction) company said I was right — we need a form from both tenants — so we kicked off the eviction process.”

Tafarella was able to evict the couple in December because the girlfriend was not covered by the CDC moratorium.

“We went through the full eviction process, which was very lengthy, so we could have access (to the property) because we presumed she was still there,” he said. “That presumption was wrong. We found out she vacated months ago and never told us — left food, furniture and just totally trashed the place. It was full of flies.”

Real estate broker Tom Blanchard of Signature Real Estate Group said other than restaurants and bars, smaller landlords have “had to bear the brunt of this pandemic.”

He said mom-and-pop landlords are those who purchase one or a handful of properties expecting some extra income, especially as a part of a retirement plan.

“They’re not the large corporate conglomerates that can handle taking a loss because they’re making money (on other investments),” said Blanchard, who last year served as president of trade association Las Vegas Realtors.

Nevada could see a rise in foreclosures should smaller landlords fail to keep up with their multiple mortgage payments, according to Blanchard.

The latest report from CoreLogic found 6.1 percent of mortgages in October were delinquent by at least 30 days or more, including those in foreclosure, up 2.4 percent from October 2019. In Nevada, the delinquency rate was 7.5 percent and 8.5 percent in the Las Vegas metro area.

Serious delinquencies, those 90 days or more past due including loans in foreclosure, was 4.1 percent in the U.S. for October. Nevada reported 5.5 percent, making it No. 8 for the state with the highest serious delinquency rate. New York ranked No. 1 with 6.4 percent, while Hawaii was No. 4 at a rate of 5.7 percent.