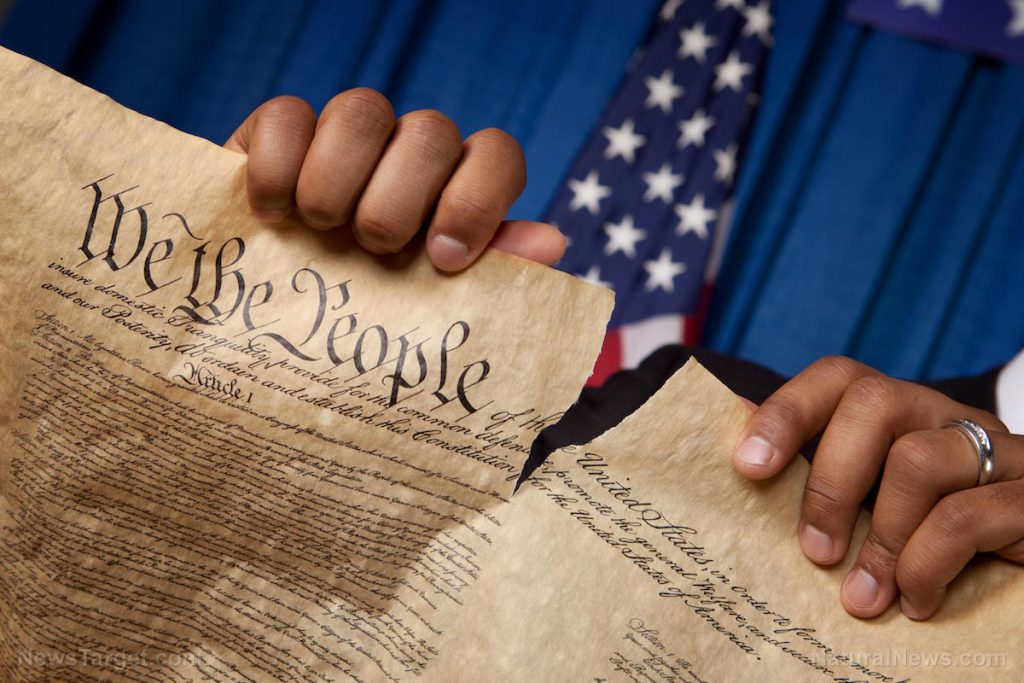 There has been abundant and over-the-top discussion about the events of this past week and the so-called “insurrection” of Trump supporters—the Deplorables—at the United States Capitol on January 6. Since that day the major news media—the media establishment, including notoriously  Fox News—have kept up a constant and ranting drumbeat, with dire images of “sedition” and “treason,” and the absolute and (for them) undebatable demand to “suppress” and “cancel” anyone who disagrees with their views. Not just of Deplorables with a higher public profile, but ANY person who might in the slightest way demur or dissent from their template.

The persecution now reaches down to regular folk who have been denounced because they are Trump supporters.

Already there is news that literally hundreds of men and women have been terminated, fired from their jobs if their employers find out about their dissident views…not just attending a pro-Trump event.

Just the other day North Carolina’s Attorney General (and suitably “woke” Leftie) Josh Stein publicly demanded that Tar Heel citizens denounce their neighbors if those folks might have attended the January 6 “Stop the Steal” rally. And your children? They should denounce their parents, says Stein. Remind you of the old Soviet Union? This may be worse: the advent of a new, more severe “totalitarian democracy.” Josh Stein is, ironically, North Carolina’s chief legal enforcer….

This presentation PROOVES WITHOUT DOUBT that America is in for a major fight that will put you and your family in the firing line, literally… So make sure you watch this presentation while it’s still online…

Already there is an FBI investigation occurring of a Fort Bragg [it still bears that name but not for much longer!] officer who as a private person helped a group of regular Moore County NC people to attend the January 6 rally. None of them invaded the Capitol—none of them. But that doesn’t matter: hold them up for media scorn, blacken their reputations, maybe even inveigle them in bogus legal charges; in other words, silence them and stomp them down so that they never again question Big Brother.

The airline stewards union demands that any Trump supporter be barred from flying, and they may well get their wish. So if you were one of the several hundred thousand folks who went to Washington last week, even as a peaceful and respectful participant, if some “woke” person knows that and squeals, Bam! You’re apt to be kicked off a flight or not permitted to board.

The coordinated and nearly universal cabal of Big Tech now asserts not only a total ban of hundreds of conservative groups AND individuals, but collaborates with the incoming Biden team, just as they collaborated with the Democratic National Committee to help steal the November election. Their minions will populate the incoming administration, and soon you will not be able to tell the difference. As in Orwell’s Animal Farm, the dominant pigs will become indistinguishable from the humans…and Big Tech and Big Government will effectively merge and control our lives.

Dozens of major banks and corporations now ritualistic “cancel” anyone who raises even the slightest question about what happened last November. Howls for blood go out for Senator Josh Hawley who stoutly defended the president and made a reasonable case that widespread election fraud existed last year. He must be expelled from the US Senate; his home and family have been threatened by real violent demonstrators. No problem about that, say the media.

You see, no one with a public profile can now openly state that there are “questions” about November 3. It is verboten to even meekly raise the issue. And if you do, then your wife and children may be terrorized with impunity by those “mostly peaceful” Antifa types.

Television personality, Black Live Matter enthusiast, and intellectual nullity, Joy Reid, dredges up the tried-and-true canard: the Trump rally was actually a manifestation of “white privilege” and historic “white supremacy.” Millions of Democrats AND Republicans agree. We simply must be stamped out…now!

National Washington Post columnist and media pundit Eugene Robinson—with much acclaim from the agents of Big Brother—declares that “Trump supporters are a cult and need to be forcibly ‘deprogrammed’.” Sent to re-education camps? Aren’t our children in public schools already there? So now our enemies, in the name of “defending our democracy” suggest we be sent to the Gulag? Aleksandr Solzhenitsyn’s experiences will be like a vacation compared to what may await us.

Joe Biden rails against Trump and all his supporters, blasting them as “followers of Nazi Joseph Goebbels [he can’t even correctly pronounce the name] and the Big Lie.” And this is the man who is supposed “to unite” America? His dementia surfaces nearly every time he opens his mouth. Can President Kamala Harris, waiting in the wings, be far away?

Welcome to the inevitable result of “our democracy”: the Globo-Socialist Republic of America. We were warned and we did not heed those warnings. Those wise men, like Southerner Robert Lewis Dabney, were as Cassandra at Troy: “predestined to prophesy truth and never to be believed until too late.”

Those that are aware of the machinations unfolding in America today see a potentially deadly situation beginning to unfold. The talk of detention camps and foreign soldiers being prepositioned. The Stalinist purge of many top ranking military officers and arming of government agencies to insane levels. The slow deterioration of our industrial capability and ability of families to feed themselves. The erosion of civil liberties and government attacks on patriotic Americans. The massive spy network established to contain and control the population.

For those who think that a financial collapse causing the loss of their savings and livelihood are the worst that could happen, they might want to consider this possibility.

The global elite that have their hand on all the switches know how individualistic and enterprising many Americans are. If this country were destroyed economically and our infrastructure were destroyed we have the ability to rebuild it all over time. Many of the global players know that a small core of Americans can never be subjugated and could cause many problems for years to come if left to their own devices. In a country as big as America it would be almost impossible to round up all of them so something more drastic may be needed.

Let us not forget the goal of some to return the Earth to a population of 500 million. This means the eradication of 7,2 billion people. Why would Americans think they are exempt from this depopulation event.

In this short VIDEO, I will unearth A lost super-food will bulletproof you against any food shortage or famine. It’s a food that vanished with the Incas over 6 centuries ago

In the next crisis these lost skills will be more valuable than gold, food supplies and survival equipment combined. These skills have been tested and proven to work for centuries.

Here is just a small glimpse of what you’ll find in this massive 300-page sequel (in color) to The Lost Ways: