No, the Chinese Won’t Invade America If Secessionists Succeed 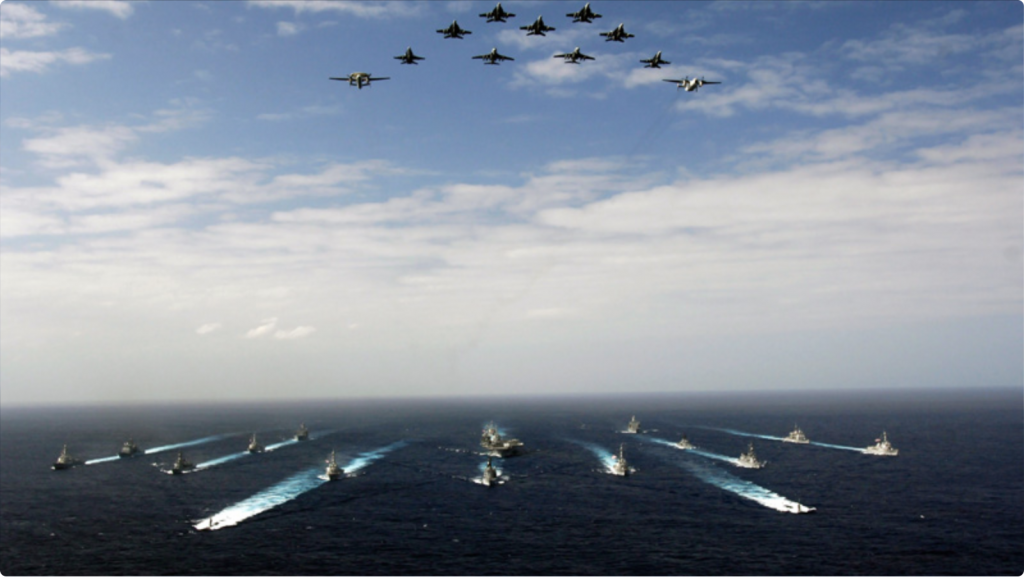 Thanks to geography and wealth, even smaller American states would be well protected from Asian and European powers

When political secession starts to become more of a realistic policy goal—and less of a theoretical ideal for the future—that is precisely when we can expect opposition to become the most dismayed and panicky.

For now, critics are careful to make it appear that they regard the idea with mere dismissive contempt. The angry threats and predictions of doom from critics of secession will come later.

In that case, opponents will present many different reasons why secession must never be contemplated. Advocates of separation will be called traitors and unpatriotic. They’ll be told that secession will bring poverty. Indeed, we heard some of this in the controversy over Scottish secession in recent years.

But much of the debate will also focus on foreign policy. In Scotland, for instance, some foreign policy hawks sternly warned that Scottish independence would lead to nuclear disarmament of the UK. The implication, of course, is that the UK would then be unable to defend itself from foreign enemies.

We’d hear much the same thing in the US in the face of a growing secession movement. We’d hear repeatedly about how any weakening of the American regime through secession would be, as Andrew Longman put it at the conservative magazine American Thinker: “a gift to the [Chinese] communists” and would soon lead to the conquest of North America by China. Longman’s article is borderline hysterical, but he’s really just ahead of the curve. We’ll hear something very similar from the regime and its allies on a regular basis as secession becomes more mainstream.

But how plausible is this?

To address the issue, we can look at it in two ways. First, we can examine the likely defensive capabilities of the new American states were the current USA to fracture along blue-red lines. Moreover, given that any successor states to the US will share a common language and similar foreign policy needs, we’ll need to look at how nations of similar backgrounds interact with each other.

As we shall see, the claim that decentralization of the US regime through secession would leave it a sitting duck for foreign power is not very convincing.

What If the Red States and Blue States Split Up?

China certainly isn’t the only country that matters as far as American international relations are concerned. But it is likely to be held up as the great bogeyman and the reason for why secessionists must never be allowed to succeed.

So let’s compare China with the status quo USA.

As a single unit, the US economy can support an enormous military machine. All combined (according to the World Bank), the USA produces a national gross domestic product of approximately $21.4 trillion. This is compared to China’s $23.4 trillion GDP. In both cases, that’s an enormous amount of production. But perhaps more telling is the GDP per capita in each country. China’s per capita GDP is only $16,800, while the United States’s is nearly quadruple that: $63,000.1 But here’s the rub for China: The US produces its gargantuan GDP with only 328 million people. China, meanwhile, requires more than 1.3 billion people to produce a similar output.

This means, on a per person basis, the American economy is far more productive than China’s.

As shown by political scientist Michael Beckley, this wealth advantage gives the United States an enormous advantage in terms of available military resources. Yes, a billion people can produce a very large GDP, but those billion people have to be fed and housed using a sizable portion of that GDP. In the United States, on the other hand, most of the population lives so far above subsistence, and produces so much more than is necessary to meet basic needs, that military defensive capability far outstrips that of much larger countries. This reality is partly reflected in per capita GDP.

It is important to not ignore the military benefits of surplus wealth, as opposed to sheer aggregate size. Political scientists and historians have developed a number of ways to measure “military effectiveness.” But many of these methods tend to overestimate the military prowess of large—yet relatively poor—states. These methods that favor size often cannot explain why smaller states like Britain have so often defeated larger states like China, as occurred repeatedly during the nineteenth century.

A more realistic view of the importance of economic wealth can be found with an index developed by Beckley and Paul Bairoch. This method combines both GDP and GDP per capita, and it prevents us from exaggerating the power of highly populous—but relatively undeveloped—nations.2

Once the benefits of per capita GDP are considered, we find that even with China’s enormous GDP, the US’s military capability is considerably larger.

Now, how would things look if, say, the United States broke up into smaller pieces?

These two new countries are composed of the following states:

As American leftists are often happy to point out, blue America—at least in the aggregate—is richer than red America. This is largely due to the presence of a large number of big, productive cities in the blue states. As a result, the BSA contains most of the USA’s current $21 trillion GDP: $12.3 trillion. The BSA contains 170 million residents, for an overall per capita GDP of $73,000.

In terms of economic power, both of these new countries remain near the top of the heap. The BSA, of course, has a per capita GDPs among the highest in the world, right behind Ireland, and ahead of Switzerland. The total GDP for the BSA is behind only the EU and China, and larger than those of India, Japan, and Germany.

In the RSA, the per capita GDP puts it well within the company of wealthy nations. At $56,000, it’s right between Austria and the Netherlands. Total GDP, although behind that of BSA, is about equal to India’s, and remains larger than those of Japan, Germany, and all the rest.

Using the Beckley-Bairoch approach, we find that the relative military power in both the BSA and the RSA is still larger than that of the Chinese regime. Naturally, neither has the total military resources of the United States as a whole, but great wealth goes a long way in either case.

This is just a very basic calculation, but it’s easy to see how successor states to the US would retain advantages over China even if the US broke up into smaller pieces. China would still have all the usual troubles in its own backyard. No matter how many new pieces the United States might devolve into, the fact remains that North America is insulated from Asia and Europe by two oceans. In China, meanwhile, the regime

does not devote all, and perhaps not even a majority, of its military resources to contingencies involving the United States. China shares sea or land borders with nineteen countries, five of which fought wars against China within the last century; its northern and western borders are porous and populated by disaffected minority groups; and its government faces a constant threat of domestic rebellion. As a result, the People’s Liberation Army (PLA) devotes substantial resources to internal security and requires 300,000 troops just to police China’s borders….In a separate study, I found that developing countries systematically fail at warfare, regardless of the size of their defense budgets, because they lack the economic capacity to maintain, modernize, and integrate individual technologies into cohesive military systems.

Sovereign States, but Allies Too

We’ve been assuming so far, however, that these postsecession states in North America would have to each face China independently in case of a clash. This, however, is not a good assumption. It is not at all a given that these independent states would shun the idea of mutual defense. In fact, experience suggests the opposite. This is apparent even to those who are not exactly entrenched advocates for secession. As noted by Eric Sammons at the conservative Crisis Magazine:

Foreign policy presents another challenge for an American secession movement. Secession opponents fear weakening American hegemony across the world. Would a divided America result in greater global influence for China or Russia? Would it lead to a possible invasion by those countries?

It’s impossible to say for sure, but there is no reason that a divided America could not remain a confederation of allies when it comes to military defense. An attack on any one new American nation-state could be considered an attack on all nation-states.

This observation that a NATO-like institution for North America could easily arise should be obvious to anyone who’s noticed that countries with similar backgrounds—think Canada, the USA, Australia, and the UK—have been generally united on foreign policy for well over a century now.

In spite of this, it’s not uncommon to hear claims that neighboring states are all poised to go to war with each other at any given moment. This, we are told, would be the natural outcome if the United States allows any portion of the nation to become independent. These antisecessionists often point to examples like the Yugoslav wars and claim ethnic cleansing is on the horizon. But North America isn’t southeastern Europe. In the case of North America, we’d be dealing with countries that share a common language, a high standard of living—and thus much to lose from an internecine war—and have deep and extensive trade relations.

Moreover, if one is going to claim that two nations with such similar backgrounds are bound to go to war, one will need to explain why Canada has been at peace with the United States for 205 years. Conceivably, one might claim this is only because Canada was too small to challenge the US. But this ignores the fact that Canadian foreign policy was set by Britain—a world power and peer of the US—until 1931. Yet, in all those years after the War of 1812, during which the British state shared both extensive land and maritime borders with the US through British Canadian domains, London was apparently uninterested in war with the US.

However, we’re expected to believe that if the United States were to break into smaller independent states, the “Blue States of America” will welcome a Chinese invasion of Tampa Bay just to stick it to the red states. This may seem plausible to more paranoid anti-China Cold Warriors who seem to believe every left-of-center American is an agent of Beijing. But the Tampa Bay scenario is about as likely as Canada asking the People’s Liberation Army to invade Boston.