Grassley calls on Biden to condemn rioting in Oregon, Washington 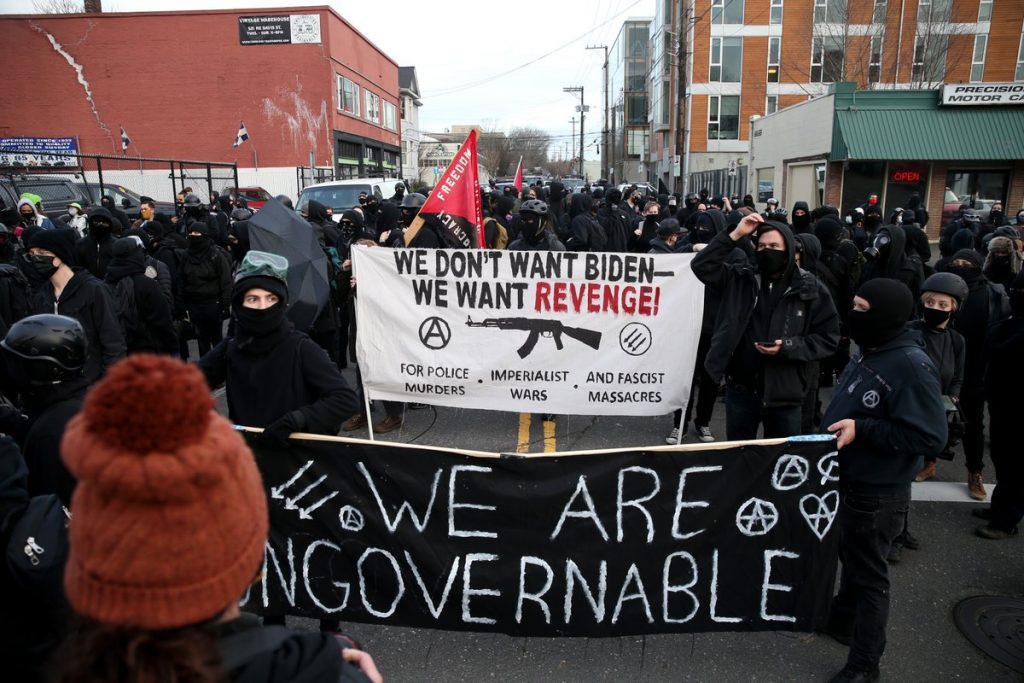 More than a dozen people have been arrested in the two North West cities, according to police reports Thursday, after anti-Biden demonstrators targeted government buildings and the Oregon Democratic Party building in Portland.

Biden as of Thursday evening had not commented on the Portland and Seattle protests.

Portland police reported that roughly 75 people marched up to the Democratic Party headquarters and vandalized the building with spray paint and broke windows.

The city’s U.S. Immigration and Customs Enforcement agency branch was then targeted by a group of 150 people, who also vandalized the building with anti-Biden and anti-police messages – forcing police to call an unlawful assembly and use tear gas to break up the crowds.

Fox News could not immediately reach the Iowa Republican for comment on how he would like to see Biden tackle the recent unrest.

The protests that proceeded Wednesday’s inauguration were reminiscent of the violent protests carried out last summer.

Police officials have not said who they believe were behind the protests Wednesday evening, though videos of the events showed people largely dressed in black with helmets.

The Portland Police Bureau also noted that many of them came prepared with shields and gas masks.

Spray painted messages left behind on the vandalized buildings left messages, such as “F-Biden” and the anarchy sign.

Images circulated on social media showing protestors walking with signs that read “We don’t want Biden, we want revenge” and “We are ungovernable.”

Protesters are tagging the Democratic Party of Oregon Headquarters and smashing windows.