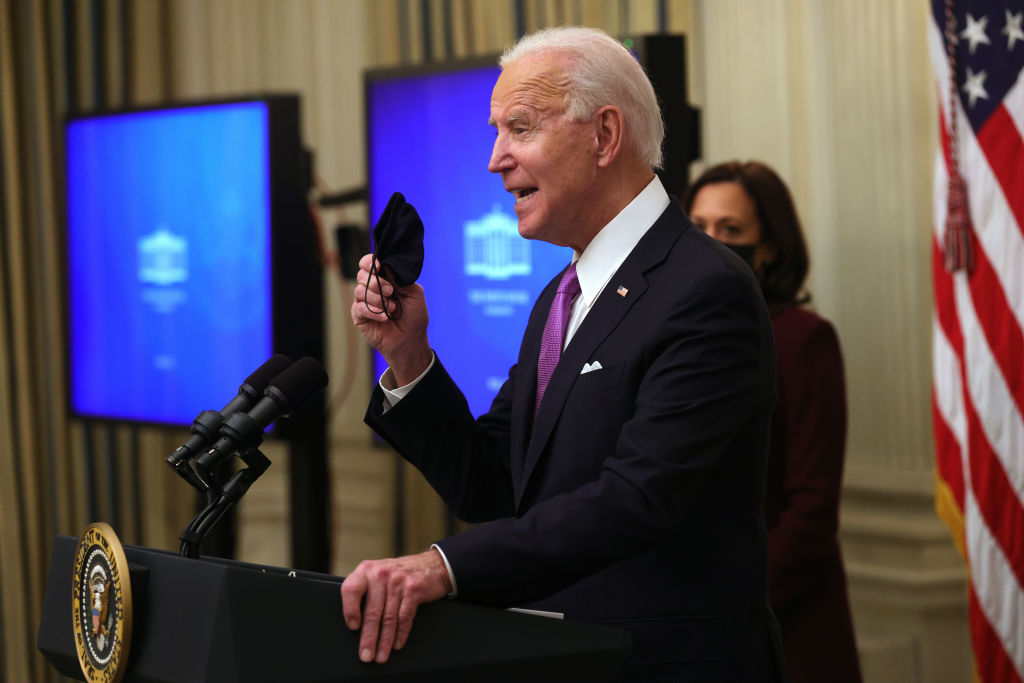 During his first day in office, Joe Biden killed around 52,000 American jobs and cut billions in wages as the country continues to struggle with staggering unemployment caused by the coronavirus pandemic.

Republicans from Alaska to Washington have already called the Biden administration’s agenda into question after he pulled the brakes on major sources for American energy.

“He rejoined the Paris climate agreement, putting the United States back in a position to exercise global leadership,” White House Press Secretary Jen Psaki said. “And advancing the objectives of the ambitious agreement.”

On Thursday, Republican National Committee Chairwoman Ronna McDaniel slammed Biden’s decision to undo President Trump’s efforts to put American workers first. McDaniel took to Twitter to point out several moves Biden has already made that put Americans on the backburner. These include canceling the Keystone XL pipeline and rejoining the Paris climate agreement.

The Democrats claim they want unity.

According to reports, blocking construction of the Keystone XL pipeline will cost 10,000 American jobs and take $2.2 billion in payroll out of American workers’ pockets. This fact is highlighted by Sen. Rob Portman (R-Ohio), who said the order will stifle economic growth.

Portman was among the first to respond to Biden’s environmental orders, urging him to reconsider.

This is an ill-advised decision & I urge President Biden to reconsider.

On Wednesday, almost immediately after Biden announced the temporary ban on oil and gas activities in the region, Gov. Mike Dunleavy (R-Alaska) released a statement.

He said the state practices responsible development, adding if the current administration intends to make good on Biden’s campaign promises to stop drilling on federal lands, Alaskans’ economic future will be in danger.

Dunleavy concluded by stating he will use every resource possible to fight for his constituents’ right to a job and their ability to pursue every opportunity.

Meanwhile, in his press conference Thursday, House Minority Leader Kevin McCarthy made it clear Republicans do not see these orders as moves in the direction of “unity.”

“You can’t achieve that [unity] if your focus is more on the Paris Accord, ending the Keystone pipeline,” he said. “Those are not the achievements that I think America wants to see out of Washington and unity.”

Moving forward, Republican lawmakers are calling for a review of the U.S.’s involvement in the Paris Climate Agreement, arguing Biden needs two-thirds support from the Senate to rejoin the international treaty.