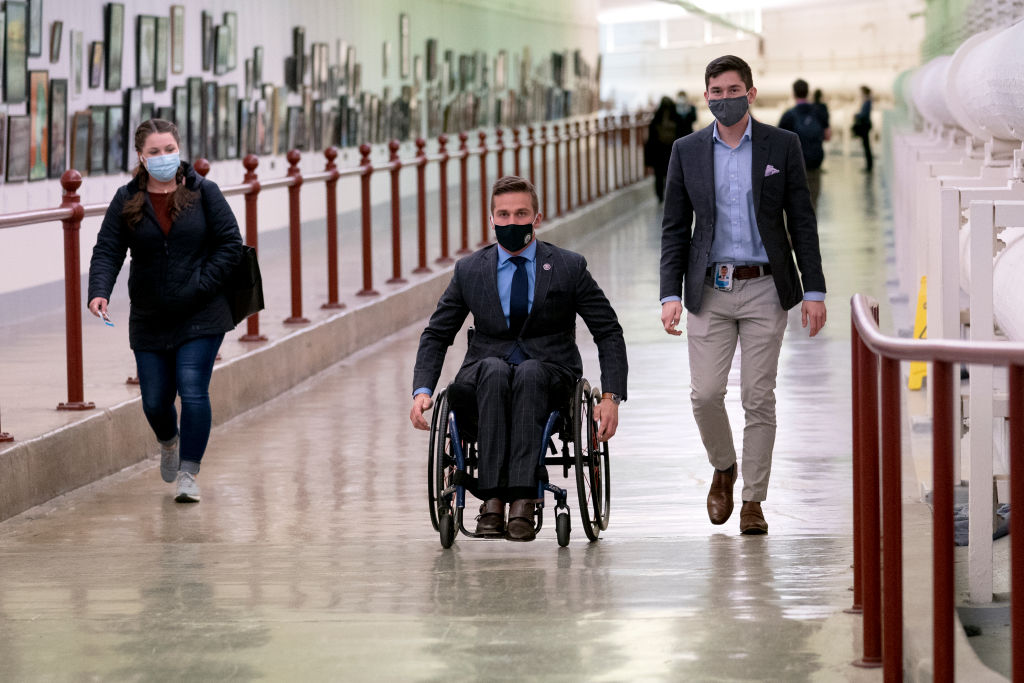 Rep. Madison Cawthorn (R-N.C.) is making history as the youngest member of Congress.

“Young, scrappy and hungry,” is how freshman Congressman Madison Cawthorn describes himself as the newly-elected conservative in the House of Representatives. The North Carolina native made history when he was elected to Congress as the youngest representative on U.S. record at 25-years-old.

Cawthorn has worked hard to get where he is now. He said he appreciates every day and aspires to “help everyone he encounters overcome whatever adversity they face.”

Part of what makes him so strong is a near-death experience. At 19-years-old, Cawthorn got into a car accident, which partially paralyzed him and put him in a wheelchair.

Before he was elected to Congress, he was a motivational speaker, small business owner and the CEO of a real estate investment company.

Now, the young representative identifies as a constitutional conservative and aims to defend Americans’ faith, family and the freedom that makes America great. He is also an advocate for unity and voted against partisan efforts to impeach President Trump.

“Today represents a unique opportunity in our nation’s history — an opportunity to put America first, to put her people first,” Cawthorn stated. “Today is a moment for members of Congress to put aside partisan politicking and place people over power. I urge my colleagues to vote against this divisive impeachment and realize that dividing America will not save this republic.”

Furthermore, just days after coming to Capitol Hill, Cawthorn joined the fight for a free and fair election by objecting to the electoral college’s vote certification.

As Cawthorn embarks on his first term in Congress, he will continue his fight to protect America on Capitol Hill.