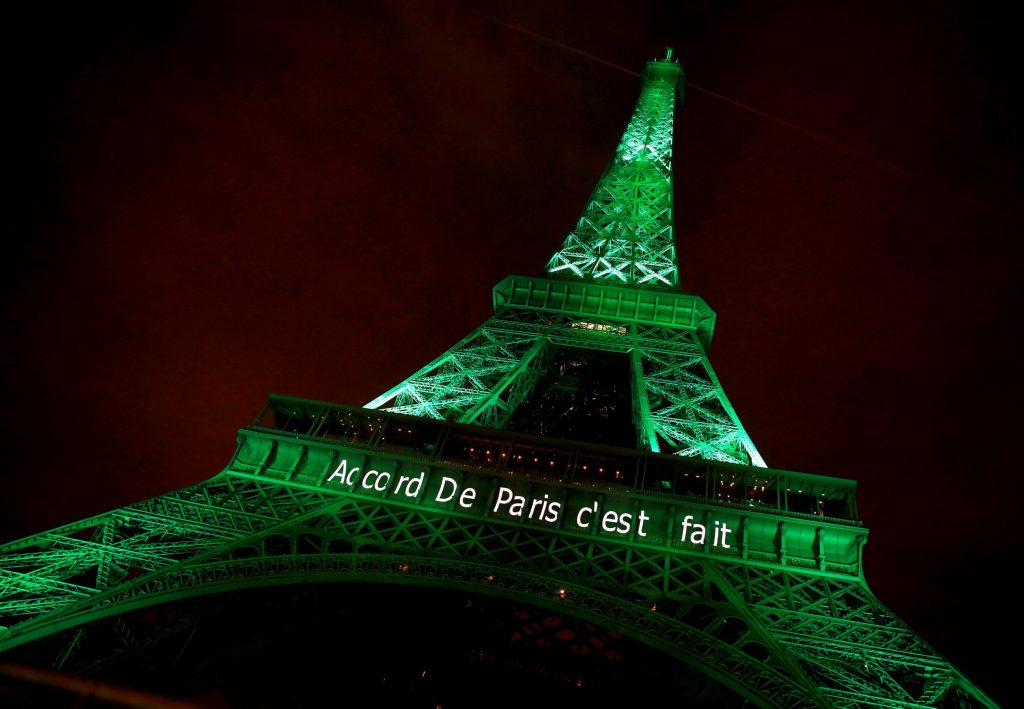 The United States rejoining the Paris climate agreement as it stands now will have devastating economic consequences, with little actual environmental benefit, according to experts.

President Joe Biden on Jan. 20 signed an executive order to rejoin the global pact, one of his first major moves as president. According to the United Nations, developed countries under the agreement should “take the lead in providing financial assistance to countries that are less endowed and more vulnerable,” while also encouraging voluntary contributions by other countries.

While “well intentioned,” the agreement was flawed economically and environmentally from the get-go according to Nicolas Loris, the deputy Director of the Thomas A. Roe Institute for Economic Policy Studies at the Heritage Foundation.

“It will be very costly for Americans families and business because 80 percent of our energy needs are met though carbon emitting conventional fuels,” Loris told The Epoch Times. “Regulating them and subsidizing alternatives is going to harm American families and taxpayers.”

The aim of the Paris agreement is to limit the global temperature increase to below 2 degrees Celsius, preferably to 1.5 degrees Celsius, compared to pre-industrial levels. To achieve this long term goal, according to the UN, countries “aim to reach global peaking of greenhouse gas emissions as soon as possible to achieve a climate neutral world by mid-century.”

A 2016 Heritage Foundation report authored by Loris and other experts explores all of the consequences the United States would face if part of the Paris agreement. The report titled “Consequences of Paris Protocol: Devastating Economic Costs, Essentially Zero Environmental Benefits” analyzed the costs of the economic fallout as well as the impact it would have on reducing carbon emissions globally.

Businesses are going to pass on these costs to the consumer, according to Loris.

“We estimate that over a 15 year period, you’re talking about an aggregate loss of $20,000 per family of four,” he said. “If the cost of energy is increased Americans not only have to pay more for electricity and at the pump, but they will also have to pay more for groceries, going out to eat, or buying clothes as it all takes energy to make.”

The economic hit towards families will be significant and would disproportionally impact the poor who spend the highest percentage of their budget on energy costs, Loris said.

“It’s a very regressive policy, rather than something that should be more proactive and innovation focused that can lead to economic and environmental well being,” he added.

“This agreement really achieved neither … The real bottom line is that it’s all economic pain and no real climate gain from a global perspective.”

Anthony Watts, senior research fellow of environment and climate at The Heartland Institute, said according to their analysis, the agreement would cost the U.S. “about 2.7 million jobs by 2025 due to scaling back parts of industries. Now that would have been about 440,000 manufacturing jobs that we would have lost.”

The United States formally left the Paris accord in November 2020, though President Donald Trump had talked about leaving as early as 2017. Trump criticized the deal for negatively impacting the U.S. economy, while noting that some other countries would not be held to the same standards.

“Under the agreement China will be able to increase these emissions by a staggering number of years—13,” Trump said. “They can do whatever they want for 13 years. Not us. … There are many other examples.”

China is the world’s largest financier and builder of both fossil fuel and renewable infrastructure worldwide, according to the Climate Action Tracker. It is the biggest emitter of CO2 emissions in the world.

Supporters of the Paris accord lauded the Biden administration for its move.

“Economic recovery and combating climate change go hand in hand, and President Biden has made these critical issues some of his top priorities upon taking office,” said Heather Zichal, CEO of the American Clean Power Association in a statement.

“For the world to overcome this challenge, our country must do more than simply play a part; we must lead,” she added. “America’s clean energy industries stand ready to invest in U.S. communities and the U.S. workforce as we work together to achieve a more prosperous and lower-carbon future.”

Meanwhile, Senate Republican Leader Mitch McConnell called Biden’s move a step in the wrong direction. He said the United States has “already been reducing carbon emissions while China and other nations in the agreement have kept increasing theirs.”

“The president re-entered the failed Paris climate agreement—a terrible bargain that would set us up to self-inflict major economic pain on working American families with no assurance that China or Russia would honor their commitments,” McConnell said on Jan. 21.