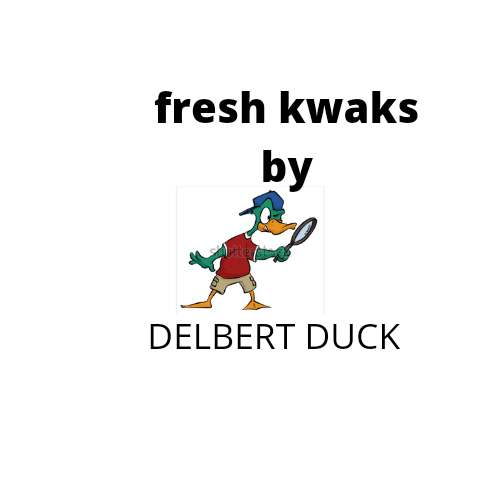 This week the humans are swearing in a new President and Vice President in their capital of Washington DC.

There has been much controversy over this transference of their power structure. It seems that some of them are upset that their human of choice didn’t become their leader. What they must realize is that no matter what their choices were they must accept the situation and not become violent or in any way try to disrupt the new government because of any feelings that their voices were somehow not heard during the last few months.

The humans have a piece of paper that they refer to as the ” constitution ” and it has seemed to serve them well for over 200 years. The problem as the duck sees it is that some interpret this Constitution one way and others a totally different way. If the humans filled a room with those knowledgeable in these things there would probably be a lot of disagreement as to the interpretation of this document that they hold so dear. It is after all just paper with words written upon it. Why is it that they find it so hard to understand these words? The duck would suggest that those who haven’t read this document take the time to do so. Only then can they have the knowledge to understand the meaning of the words contained within it’s pages. As the duck flies over the capital of the humans country he sees thousands of men in uniform protecting the city from those that would try to disrupt the proceedings. Remember that there will be another chance to have your voices heard in the future. If you become violent then there is a possibility that there won’t be a future. Carry on humans and remember as the old phrase goes ” we’ll get em next time! In the mean time :