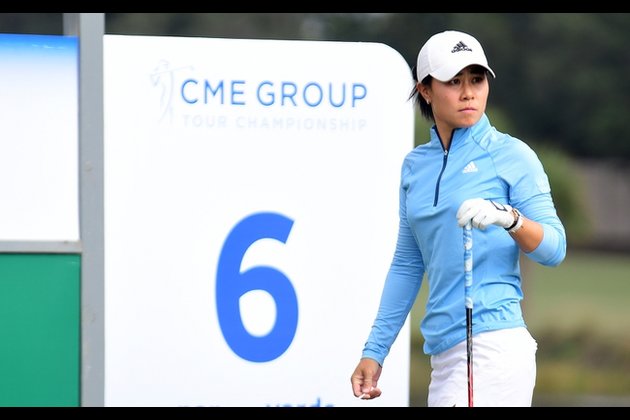 American Danielle Kang carded an opening round 64 on Thursday to take a one-shot lead at the $1.2 million Diamond Resorts Tournament of Champions at Lake Buena Vista, Fla.

Kang sits at 7-under par, one stroke ahead of three players tied for second at 6 under — Americans sisters Jessica Korda and Nelly Korda and defending champion Gaby Lopez of Mexico.

Americans Brittany Lincicome and Stacy Lewis shot opening rounds of 66 and are tied for fifth. Americans Lexi Thompson and Angela Stanford, and Canada’s Brooke Henderson are tied for seventh at 4 under.

Kang started strong with birdies on Nos. 2 and 3 and finished her clean round with seven, including birdies on three of the four par-3 holes at the Four Seasons Golf and Sports Club. Kang finished one stroke shy of her career-best round of 63.

“I think my short game was really good today. I had a lot of good feel and touch around the greens and made some good saves. I chipped in once today, which was cool,” said Kang, who didn’t arrive in Orlando until late Monday night after quarantining twice in recent weeks due to exposure to COVID-19.

Lopez also started strong, carding a birdie on the first hole en route to six for the day during a bogey-free round.

“We as players, we play so many golf courses. Being able to go back, come back to those courses which you like the most, the ones that the distance is probably the right one for you and the course setup,” said Lopez, who survived a seven-hole playoff in 2020 to capture the title. “So, yeah, really enjoy this golf course. The community, the people are so welcoming. This place has a special vibe.”

Smoltz played his round with Lopez.