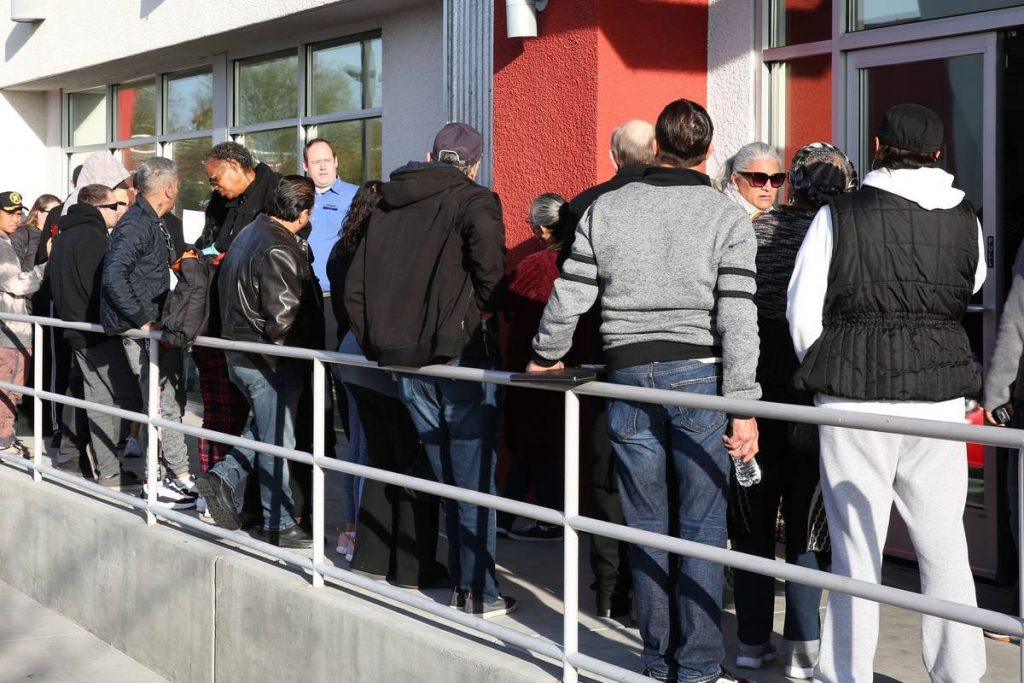 But the news isn’t all rosy, as the labor force participation rate saw a deep decline in December with a growing number of people neither working nor seeking work.

The U.S. unemployment rate in December was 6.7 percent.

“I’m encouraged to see that employment has increased and the unemployment rate has decreased in the State. We are looking forward to working with the Governor and legislature to continue focusing on getting Nevadans back to work,” DETR director Elisa Cafferata said in a release.

Many of the state’s industries added jobs in December, though trade, transportation and utilities added the most workers over the month. Total nonfarm employment for last month saw a decrease of nearly 97,000 jobs when compared with job numbers in December 2019, indicating a long road to recovery.

While the state’s jobless rate has dropped to 9.2 percent in December, marking the first time since March that Nevada has seen unemployment below 10 percent, labor force participation – a measure of an economy’s active workforce– is sharply falling.

“Nevada wrapped up the year with the eighth consecutive month of employment growth and ongoing improvement in the state’s unemployment rate,” said DETR chief economist David Schmidt in a statement. “While the 9.2 percent unemployment rate is less than one-third of its record high of 30.1 percent in April, December’s labor force participation rate also fell below 60 percent for the first time since May, with a growing number of individuals neither working nor looking for work.”

The pandemic-induced shutdowns have inflicted damages to Nevada’s tourism and hospitality industries. The state has one of the highest unemployment rates in the U.S.