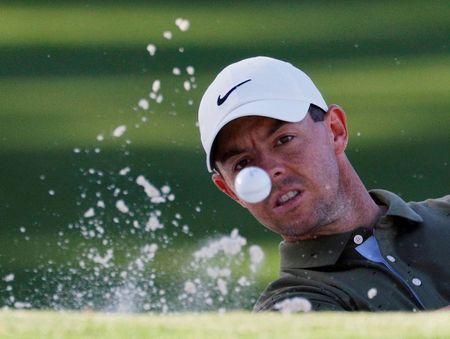 (Reuters) – World number six Rory McIlroy took a one-shot lead in the first round of the HSBC Golf Championship in Abu Dhabi after carding an error-free 64 to finish at eight-under before bad light stopped play on Thursday.

After fog delayed the opening of play by nearly three hours, McIlroy was among the early starters and began on the back nine.

Irishman McIlroy carded eight birdies to finish one shot ahead of England’s Tyrrell Hatton, who recorded eagles on the par-five 10th and 18th.

“A lot of it was very good. I felt like I drove the ball well for the most part. Distance control was really good,” McIlroy said.

“I think I started off really well and hit a lot of nice iron shots. But honestly it was probably the best I’ve putted these greens in Abu Dhabi probably in my whole career.”

McIlroy has finished in the top five eight times at the Abu Dhabi Golf Club but is still in the hunt for his first title.

“I’ve shot some really good scores here but I held some really good ones today,” the 31-year-old added. “And I’ve always struggled to read them here, but I sort of got my eye in early and kept it going.”

Paraguayan Fabrizio Zanotti was third, two shots behind McIlroy, with nearly half the field yet to finish the first round which will resume early on Friday.

(Reporting by Rohith Nair in Bengaluru; Editing by Ken Ferris)