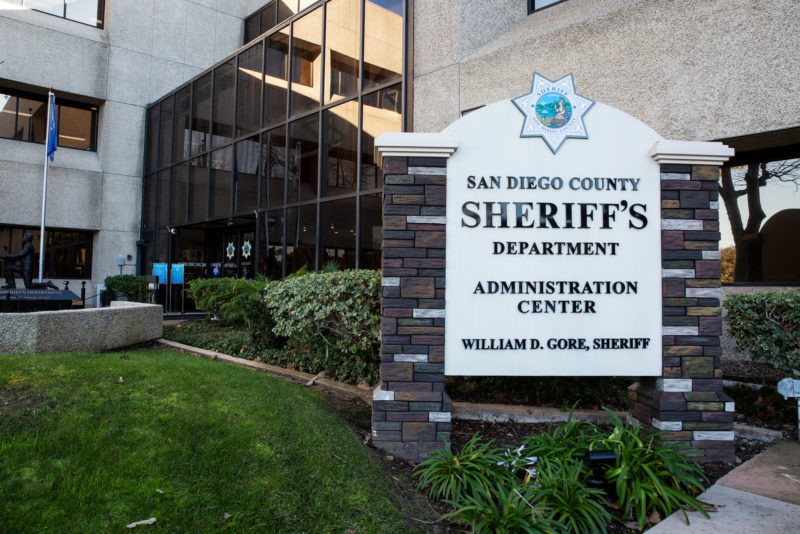 Jesse Marx reports that San Diego County began distributing the information to dispatch centers across the region early in the pandemic and is still doing it.

Police departments said their officers are not monitoring households to make sure patients and their close contacts aren’t violating isolation or quarantine rules. Instead, they argue that the information is necessary to prevent first responders from getting infected in the field and from becoming sources of outbreaks themselves.

But county officials have simultaneously fought against providing members of the public information about where outbreaks are happening locally. That means they believe police officers are entitled to detailed information about how to protect themselves from locations where they might encounter the virus, but not necessarily the public.

The distribution of the information is legal — the federal government, in fact, views it as a way to help stop the spread of the coronavirus.

These days, first responders assume that anyone they come into contact with might be exposed. And considering how widespread the virus has become, the larger question is whether the distribution of home addresses, a piece of the overall picture, is still useful.

Restaurant Tension Boiling to the Surface

Carlsbad is stepping up enforcement of restaurants that continue to defy public health orders and provide indoor dining to customers. Plenty of businesses have been flouting the rules, but the North County city is notable because of the high concentration of restaurants claiming to be taking part in a peaceful protest.

Kayla Jimenez and Sara Libby evaluated their legal arguments earlier this week. Jimenez reports in the North County Report on a subsequent Carlsbad City Council meeting, where residents and business owners staked out their reasons for wanting the city to step up enforcement or step back. The 3-2 vote reflected the larger division in the community.

By and large, the restaurants said they needed to stay open to keep their businesses afloat and their employees paid, and takeout wasn’t cutting it. Leaders in Encinitas have made similar threats to rescind permits that allowed restaurants to offer outdoor dining on city sidewalks, streets and parking spots if those restaurants are caught breaking the rules.

Congressman Who Went to Prison for Bribery Gets a Pardon

As one of his final acts in office, President Donald Trump pardoned former Rep. Randy “Duke” Cunningham. He served a chunk of northern San Diego in Congress during the 1990s and early 2000s, then served eight years in prison.

Cunningham pleaded guilty to conspiracy and tax evasion for taking $2.4 million in bribes in exchange for Defense Department contracts. As City News explained it, the bribes were paid not only in cash but through rugs, antiques, furniture, yacht club fees, boat repairs and more.

The former prosecutor who put Cunningham behind bars told the Union-Tribune that he was “appalled” by Trump’s decision to pardon an assortment of “political cronies.” Trump also pardoned former Rep. Duncan Hunter and Margaret Hunter last month.

The New York Times wrote that the Cunningham pardon and pardons of other corrupt politicians shows “a disdain for a justice system that seeks to hold public officials to account for violations of the public trust.”

Campa-Najjar Out of 79th Race

Failed congressional candidate Ammar Campa-Najjar has decided against a run for the 79th Assembly District about to be vacated by Assemblywoman Shirley Weber.

Campa-Najjar, who had formed an exploratory committee, announced earlier this week that he believed the district should be represented by a woman of color after also releasing polling showing he was the leading Democrat in the race.

“Moved by the weight of history and this moment of reckoning in our country, I strongly believe the 79th district should continue to be represented by a woman of color who will follow Dr. Weber’s legacy of fighting for equity and justice,” Campa-Najjar wrote in a statement. “Only three black women are in the Assembly, and only seventeen Latinas. Equity in representation matters.”

The Morning Report was written by Lisa Halverstadt and Jesse Marx, and edited by Sara Libby.