In 4 years, Graham case has paid lawyers, trustees. But not crime victims. 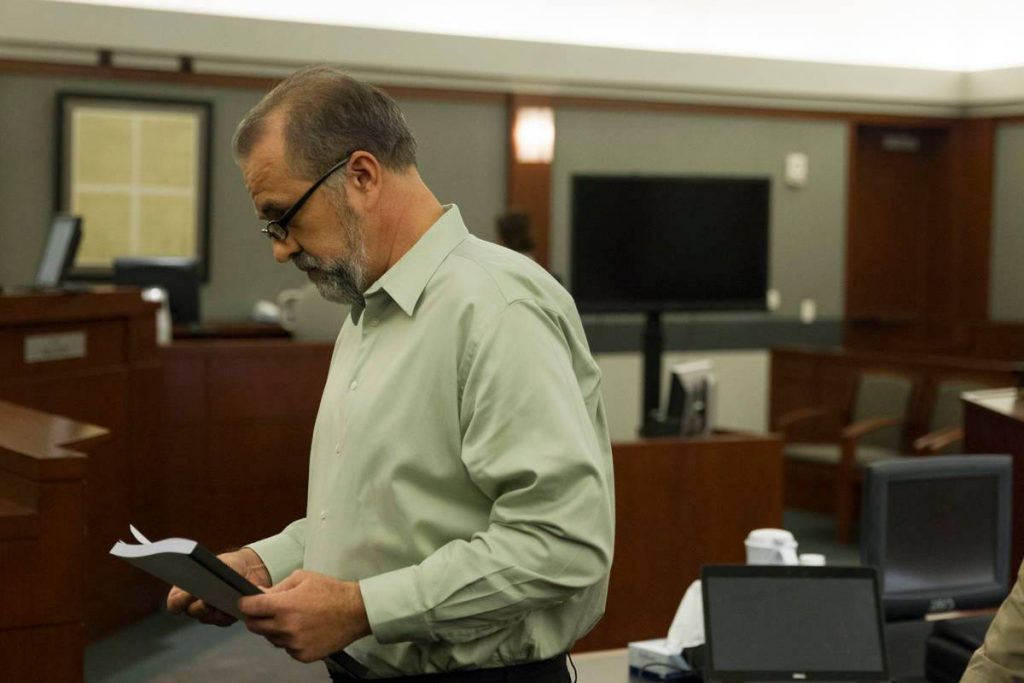 A trustee charged with recovering money for crime victims of former Las Vegas Attorney Robert Graham has spent more than four years looking for assets and filed about 500 court documents.

So far, victims have not seen a dime.

Nearly $1 million in assets has been identified, but the only people paid so far have been accountants and attorneys – roughly about $113,000, records and interviews show.

In 2016, a group of Graham’s victims filed an involuntary bankruptcy case against his defunct law firm to recover any money that was left. A year later, the judge in Graham’s case also ordered the largest restitution in Clark County in the past five years but victims have not seen any money from the criminal restitution or the bankruptcy case.

“The attorney fees keep piling up and being awarded by the court,” said Thane Parton, who lost nearly $500,000 to Graham’s theft. “There’s a lot of distrust of the system on the bankruptcy and there has been no communication.”

Graham was sentenced to 16 to 40 years in prison in 2017 for stealing about $17 million from dozens of clients to pay for his office and personal expenses.

Barbara Macknin, whose husband’s estate is the lead plaintiff, has abandoned any hope of seeing money for her or any of the other victims. Macknin’s husband Michael died of asbestos-related cancer, and Graham stole more than $1 million of the settlement she received from asbestos manufacturers.

“I haven’t heard a thing and I don’t expect to hear a thing,” she said last week.

Bankruptcy trustee Shelley Krohn and her attorney, Jacob Houmand, did not return calls and emails from the Review-Journal requesting an interview about when the case will be completed and whether any money will go to victims.

Parton said Krohn has also not returned his calls, and he suspects it is because the victims will receive little or nothing in the end. Court documents do not detail how much Krohn has been paid.

“If you find someone who doesn’t want to talk to you, there is something up,” he said.

While thousands of pages of court files list some of the assets recovered and some of the money paid out, a full accounting usually doesn’t happen until the case is completed, said UNLV Law Professor Nancy B. Rapoport.

“My gut hunch is they’re still looking for assets,” said Rapoport, who reviewed the Graham bankruptcy case at the Review-Journal’s request. “There is a legitimate righteous indignation (about the length of time these cases take), but eventually there will be an order closing the case.”

Using court records, the Review-Journal identified about $953,000 in assets listed in the file. But nearly half of that — $400,000 — are old accounts receivable that likely will never be collected.

The Mormon church, which received donations from Graham, agreed to return about $156,000 dollars, court records show. Bank of America released $215,000, records show. The Bar Association of Nevada provided $132,000 from Graham accounts they froze, according to Bar Counsel Dan Hooge.

The rest of the assets were a few thousand in cash, some office furniture, rent and deposit from his Colorado office and return of premiums from Graham’s malpractice policy.

Some victims have received money from a bar association fund to reimburse victims of attorney thefts but the fund limits payments to $50,000.

Las Vegas Attorney Ryan Andersen was hired on a contingency basis to see if he could convince Graham’s malpractice insurance company to pay victims, but he said the insurance contract had a provision releasing the company’s obligation if there was fraud.

The company agreed to return about $11,000 in premiums to settle the case and Andersen received 40 percent of that — or about $5,000 — for 60 hours of work. He said it was considerably less than he would have received if he was allowed to bill his hourly rate.

“In a case like this — and in other financial fraud cases — it is very expensive and time consuming to unwind and it does require specialized knowledge,” he said. “Distribution takes a long time in a case like this.”

The largest recipient of money so far is the forensic accounting firm EisnerAmper, which received nearly $108,000 last year to search for Graham’s money. It’s not clear whether the accountants found any assets as the firm billed hourly and not on a contingency.

Company spokesman David Plaskow declined comment. “We wouldn’t comment on issues surrounding past, current or potential clients,” he wrote in an email exchange.

Rapoport said court records show EisnerAmper worked under a provision in bankruptcy law that doesn’t give the judge much say in how much they are paid. Bankruptcy law also allows contractors to be paid before any unsecured debtors like Graham’s victims, she said.

“In order to convince smart people to work, there has be some compensation,” she said.