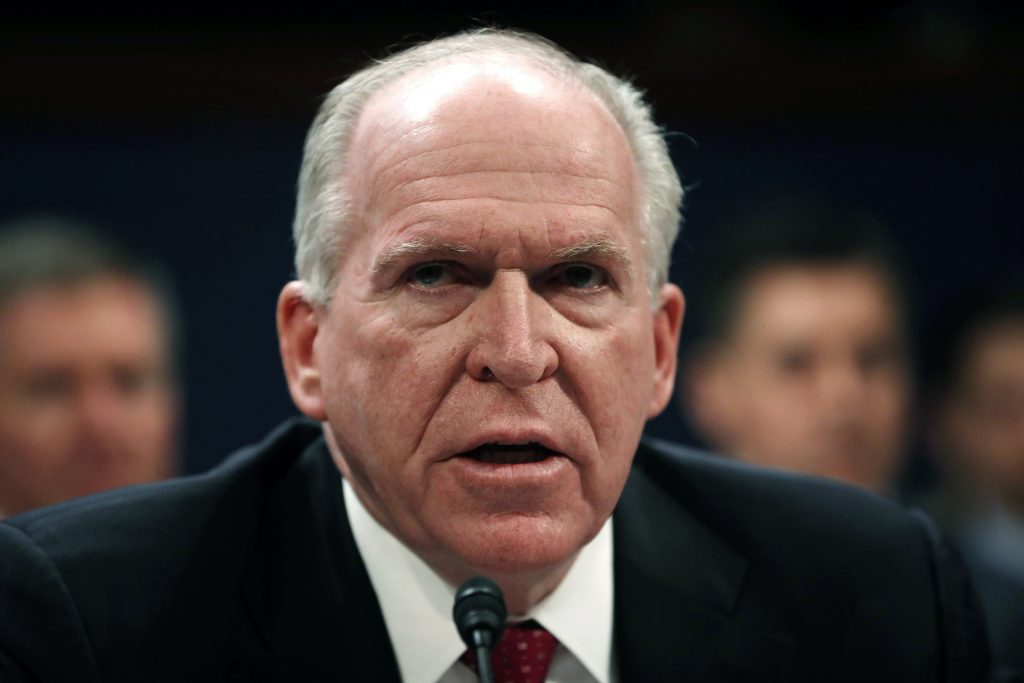 Increasingly, it looks like Inauguration Day for intelligence insiders like Brennan represents “Deep State back on top” in America.

Well this is alarming and ominous to say the least… Former CIA Director John Brennan told MSNBC in an interview on inauguration day that the intelligence community under newly sworn in President Biden is “moving in laser-like fashion” to try and uncover dangerous plots against the country.

Naturally, there’s been much of this worrisome commentary about what political ideologies should be targeted and monitored coming out of NatSec hawks in the wake of the Capitol Hill mayhem of January 6. But this is the first time such a broad array of groups have been so bluntly lumped into a Pro-Trump “insurgency” by an influential media pundit and former spook. Brennan expressly said they are “violent” and remain a domestic threat.

He said in the MSNBC interview without the least concern for violation of Americans’ rights that intelligence agencies should look into “religious extremists, authoritarians, fascists, bigots, racists, nativists, even libertarians…”.

.@JohnBrennan: Biden intel community “are moving in laser-like fashion to try to uncover as much as they can about” the pro-Trump “insurgency” that harbors “religious extremists, authoritarians, fascists, bigots, racists, nativists, even libertarians” pic.twitter.com/SjVXWhPhR8

He said these belief systems have come together under the umbrella of a supposed pro-Trump movement capable of committing violence.

“I had white knuckles because of the nature of the threats,” he began by recalling his days as CIA Director. We’ve seen “the growth of this polarization in the United States and domestic violence and White supremacist groups,” he continued.

Comparing this “threat” to a foreign insurgency which the US has lately battled overseas, he said it—

He added: “And unfortunately I think there’s been this momentum that generated as a result of unfortunately the demagogic rhetoric of people that’s just departed government, but also those who continue in the halls of Congress and so I really do think that the law enforcement, homeland security, intelligence, and even the defense officials are doing everything possible to root out what seems to be a very very serious and insidious threat to our democracy and our republic.”

Interestingly, Brennan spoke as if these groups are already being looked into and spotlighted by US intelligence under Biden. “Even Libertarians,” apparently.

Increasingly, it looks like Inauguration Day for intelligence insiders like Brennan represents “Deep State back on top” in America.