Biden Orders Census Bureau to Include Illegal Immigrants in Apportionment 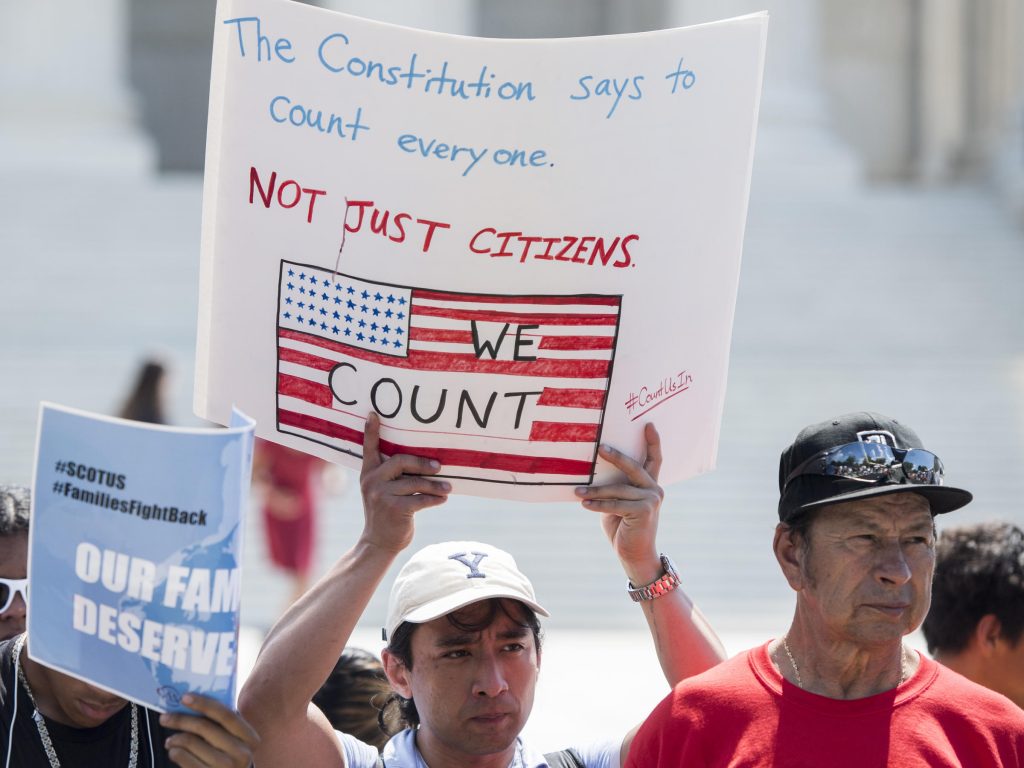 The secretary of commerce “shall report the tabulation of total population by State that reflects the whole number of persons whose usual residence was in each State as of the designated census date in section 141(a) of title 13, United States Code, without regard to immigration status,” the order states.

“In addition, the Secretary shall use tabulations of population reflecting the whole number of persons whose usual residence was in each State as of the census date, without regard to immigration status, in reports provided to the Governor and officers or public bodies having responsibility for legislative apportionment or districting of each State,” it added.

Apportionment is how the number of U.S. representatives is set; states with a higher population get more. Excluding illegal immigrants stoked fears that several states would lose seats, including California.

Trump through two executive orders directed executive agencies to give data on citizenship to the Census Bureau and the bureau to use the data to determine who is in the country illegally and then exclude them from the apportionment report. The orders were upheld as lawful by the Supreme Court.

The Census Bureau was supposed to hand in the report by Dec. 31, 2020, but missed the statutory deadline. The bureau soon after stopped complying with Trump’s orders. Bureau Director Steven Dillingham, a Trump appointee, resigned on Jan. 18.

Virtually all Democrats in Congress opposed Trump’s orders. Cheering Biden’s mandate, House Judiciary Chairman Jerrold Nadler (D-N.Y.) wrote on Wednesday: “The Trump admin’s efforts to exclude noncitizens from the census was both illegal and rooted in hate. I’m proud to see that @POTUS is acting decisively to reverse that decision and ensure that federal resources can be fairly and accurately distributed over the decade to come.”

Biden’s order claims that at no point in U.S. history “a person’s immigration status alone served as a basis for excluding that person from the total population count used in apportionment.”

Trump’s policy “broke from this long tradition,” the order added. “It aimed to produce a different apportionment base—one that would, to the maximum extent feasible, exclude persons who are not in a lawful immigration status. This policy conflicted with the principle of equal representation enshrined in our Constitution, census statutes, and historical tradition. The policy further required the Census Bureau to inappropriately rely on records related to immigration status that were likely to be incomplete and inaccurate.”

No deadline was outlined in the new order, and it’s still not clear when the bureau will have the apportionment data ready.