Georgia Tech resumes play with upset over No. 20 Clemson 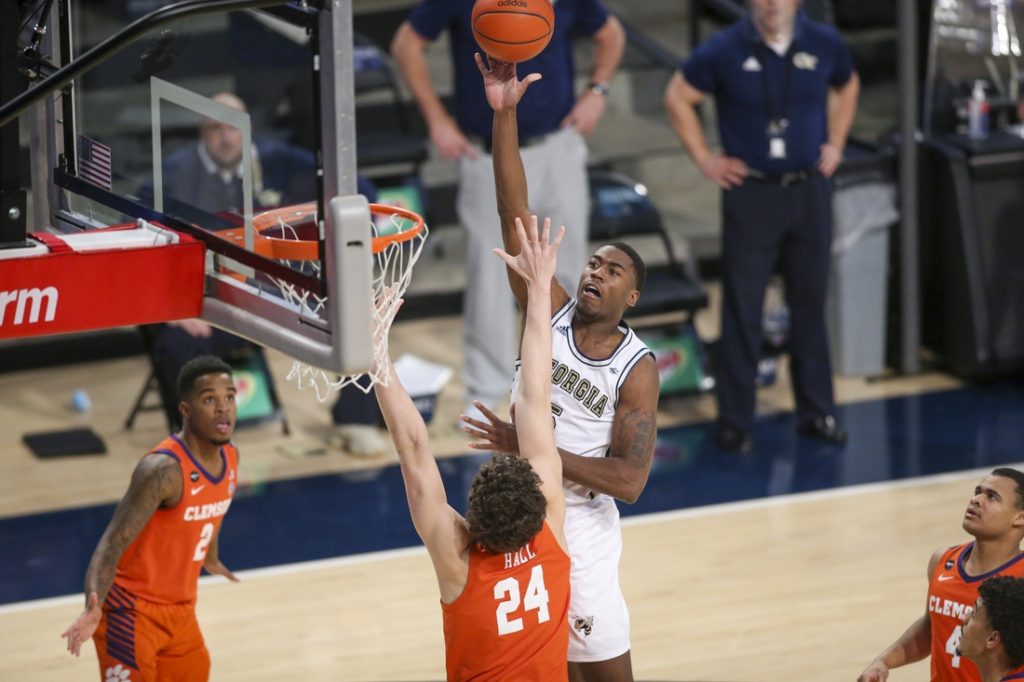 Michael Devoe scored 22 points to lead three Georgia Tech players with 20-plus as the Yellow Jackets defeated No. 20 Clemson 83-65 on Wednesday in Atlanta.

It was the Yellow Jackets’ first game since Jan. 3.

Georgia Tech’s last four games had been postponed due to positive COVID-19 tests and subsequent contact tracing on behalf of the Yellow Jackets or their opponent, but they showed no signs of rust following the longest in-season stretch without a game in program history.

Georgia Tech improved to 7-3 overall and 3-1 in the Atlantic Coast Conference while Clemson (9-3, 3-3) took a second consecutive loss for the first time this season. The Tigers were coming off a 35-point home defeat to Virginia following an 11-day COVID-prompted layoff of their own.

Wright, who had totaled only 16 points in Georgia Tech’s past two games, jump-started a 9-0 run to open the second half and extend the Yellow Jackets’ cushion to 18 points four minutes in. The Tigers never drew closer than 12 points the rest of the night.

Devoe made 8 of 12 shots from the floor, including a perfect 6-for-6 from 3-point range. He also had six assists and four steals.

Wright made 9 of 15 shots and finished with 21 points while Jordan Usher also had 21 points, a season high.

The Yellow Jackets made 16 of 26 attempts from beyond the arc (61.5 percent) and forced 20 turnovers, which they converted into 30 points.

Clemson shot 52.1 percent from the floor but couldn’t keep up with Georgia Tech’s long-range barrage. The Tigers were led by senior Aamir Simms, who scored 19 points on 9-of-13 shooting. Clyde Trapp added 14 points while John Newman III had 12.