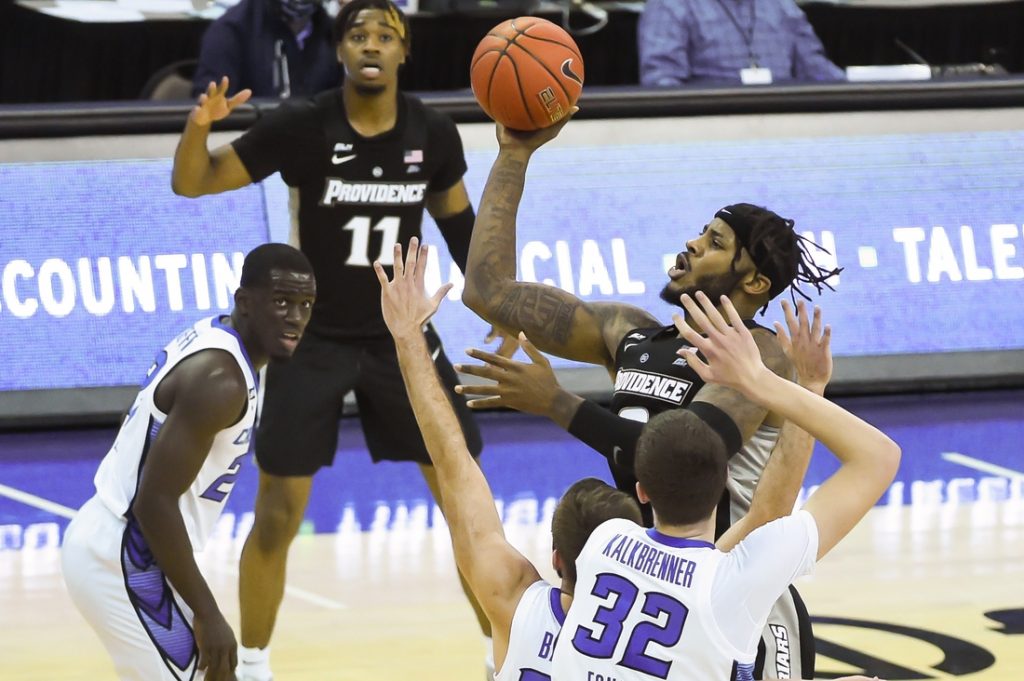 Senior Nate Watson scored a career-high 29 points and David Duke hit a clutch 3-pointer in the final minute as Providence snapped a three-game losing streak with a 74-70 victory against No. 11 Creighton on Wednesday night in Omaha, Neb.

Trailing throughout the game and behind by as many as 17 in the first half, Creighton used a 9-0 run to draw within 56-54 with 5:59 remaining. The Bluejays fought to erase an ensuing Friars spurt, as Mitch Ballock brought Creighton within 67-65 on a layup with 58 seconds to go.

Providence answered as Duke drilled a step-back 3-pointer off the glass from the left wing to push the advantage back to five. Late free throws helped the Friars offset a banked-in Marcus Zegarowski trey that cut the lead to 72-70 with five seconds to go.

The Friars shot 44.6 percent compared to 43.1 percent for the Bluejays, who were just 4-for-23 from long range.

While senior Damien Jefferson paced Creighton (10-4, 6-3 Big East) with a career-high 26 points, the Bluejays also got a boost from Zegarowski, who had 17 points after missing the past two games with a hamstring injury.

Christian Bishop added 12 points for Creighton on 6-for-6 shooting from the field.

A pregame tweet from Creighton’s team account, @BluejayMBB, announcing Zegarowski’s return to the lineup depicted the preseason Big East Player of the Year in a boxer’s stance. Zegarowski exhibited perhaps too much tenacity in the early going, however, picking up a pair of fouls in less than six minutes.

Zegarowski calmed himself after that, scoring 12 points in the first half. With 2:57 to go before halftime, he made a driving layup following a steal to surpass 1,000 points in his career, becoming the 44th player in program history to accomplish the feat.

Providence took a 39-34 lead into the break. Watson paced the Friars with 13 points on 6-for-8 shooting.