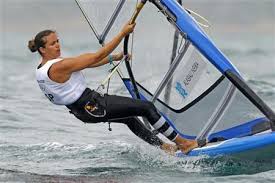 (Reuters) – The Professional Windsurfers Association (PWA) on Wednesday announced that its World Tour will introduce equal prize money in the men’s and women’s fleets starting in the 2021 season.

Following the footsteps of the Gran Canaria PWA World Cup, which has offered equal pay since 2018, all the athletes on the Tour events who earn prize money will receive the same amount for their finishing position, regardless of gender.

Organisers are hoping these changes will help further boost the growing participation in the women’s division.

The proposal was ironed out by Spain’s Moreno twins – Daida and Iballa — who have dominated the sport over the last two decades, winning a combined 28 world titles.

“I have been competing over 20 years and I am really happy this is finally happening,” Iballa said.

“Equal the prize money in sports is something that should have been done way before but finally it’s here and I am really happy to be part of this PWA Tour and this is only a really small step forward in the evolution of life in general.”

Sarah-Quita Offringa, winner of multiple world titles in wave, freestyle and slalom events, said she was delighted to have a prize money structure that respects the talent and professionalism that exists on women’s division.

“We put the same effort into the sport, we do the same amount of hours, we travel the same, we hold the same excess baggage fees, take the same risks, so at the and I think its very important that we made this step,” she said.

(Reporting by Hardik Vyas in Bengaluru; Editing by Christian Radnedge)