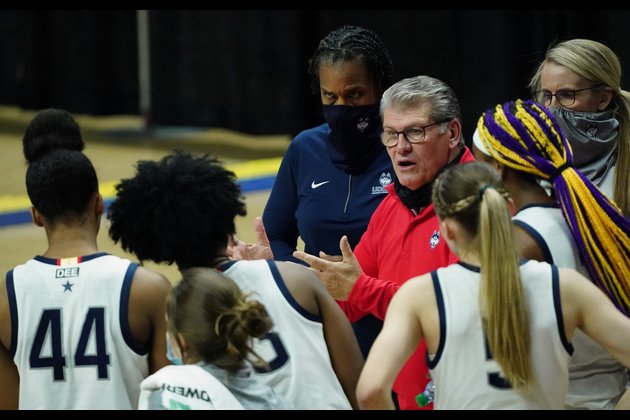 “I wish she was still with us coaching, and I wish I had to work a lot harder to catch her,” Auriemma, 66, said Tuesday. “I didn’t think I would be coaching long enough to be in this position. That certainly wasn’t my goal.

“There have been times when I have felt like it doesn’t matter to me. It still doesn’t, whether I get to a certain number or don’t. But having accomplished a milestone like this, it’s more of an opportunity to reflect on almost four decades of coming here every day and doing the same thing, and trying to do it the best that you can do it. The fact that it’s been at one school is probably more significant to me than the actual number.”

Atop the list of winningest coaches in women’s college basketball is Stanford’s Tara VanDerveer, who has 1,105 victories. VanDerveer coached at Idaho (1978-80) and Ohio State (1980-85) before taking over the Cardinal for the 1985-86 season.