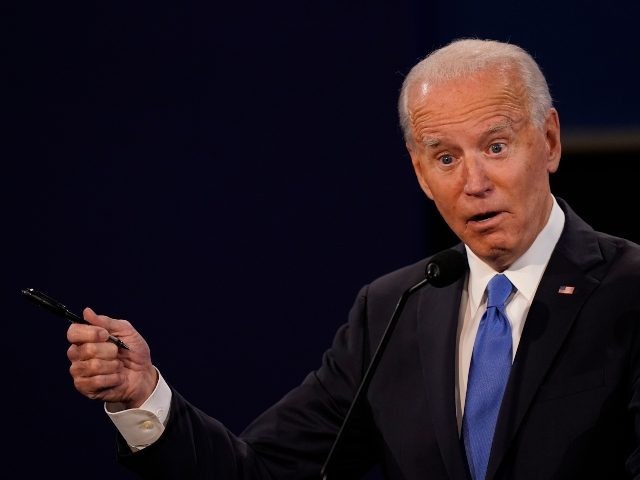 President-elect Joe Biden’s announcement that he will shut down a oil pipeline that has created thousands of jobs and safely increased domestic energy production may be popular with environmental activists, but Canadian Prime Minister Justin Trudeau and the province that is home to the project are vowing to fight back.

Trudeau has supported the $9 billion project despite protests, arguing it will help reduce reliance on foreign oil imports and create jobs. Alberta, which has pitched in $1.1 billion on the pipeline, is also miffed.

The Canada Energy Regulator has details about the pipeline on its website:

The Keystone pipeline system is owned by TransCanada Keystone Pipeline GP Ltd. and was put in service in 2010. The Keystone pipeline transports crude oil from Hardisty, Alberta to refining markets in the U.S. Midwest and U.S. Gulf Coast. The Canadian portion runs from Hardisty east across Saskatchewan and Manitoba, before turning south and crossing the Canada-U.S. border near Haskett, Manitoba into North Dakota.

The pipeline continues south across South Dakota to Steele City, Nebraska, where the pipeline has two branches: one runs east through Kansas and Missouri to delivery points at Wood River and Patoka, Illinois, and the other runs south delivery points located at Cushing, Oklahoma and Houston and Port Arthur, Texas. At Patoka, Keystone delivers crude oil to the Plains terminal which facilitates delivery to local refineries via third party pipelines.

Newsweek reported on the impending battle, citing how Biden’s decision could create tensions between the U.S. and Canada:

Cross border ties may have to overcome an early chill if the new president does indeed stop the Keystone XL project like President Barack Obama did in 2015, citing his administration’s commitment to fighting climate change.

Reuters reported on Monday—citing an unnamed source familiar with Biden’s thinking—that the new president may rescind the Keystone XL permit immediately. This follows an earlier report by CBC that the words “Rescind Keystone XL pipeline permit” appear on a list of executive actions likely scheduled for Biden’s first day in office.

Canadian Ambassador to the U.S. Kirsten Hillman said in a statement to Reuters that Trudeau’s government believes Keystone XL is compatible with both countries’ climate action goals. “There is no better partner for the U.S. on climate action than Canada as we work together for green transition,” Hillman said.

Alberta Premier Jason Kenney expressed his concern on Twitter, saying he is “deeply concerned by reports that the incoming administration of President-elect Joe Biden may repeal the Presidential permit for the Keystone XL border crossing next week.”

“Doing so would kill jobs on both sides of the border, weaken the critically important Canada-US relationship, and undermine US. national security by making the United States more dependent on OPEC oil imports in the future,” Kenney said.

I am deeply concerned by reports that the incoming administration of President-elect Joe Biden may repeal the Presidential permit for the Keystone XL border crossing next week.

And pro-domestic energy and anti-fossil fuel advocates in the U.S. are weighing in.

“If only Biden and Co cared about American independence and American exceptionalism we wouldn’t have to watch this great work be unraveled,” Hagan said in the Newsweek report.

“Canceling this pipeline does nothing for the environment,” Crenshaw said. “It is for his radical base. He’s appeasing them on day one.”

“We have the chance of a lifetime, as we look to the inauguration of President-elect Biden,” Annamie Paul of the Green Party said in an AFP report. “Because this is a president who has made it very clear that the climate is going to be at the top of his agenda.”