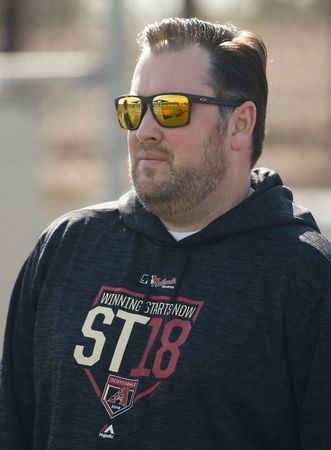 Mets owner Steven Cohen said earlier in the day that he fired Porter following an ESPN report on Monday https://www.espn.com/mlb/story/_/id/30737248/ny-mets-gm-jared-porter-acknowledges-sending-explicit-images-female-reporter-worked-chicago-cubs that Porter sent explicit, unsolicited texts and images to the reporter while he was the director of professional scouting for the Chicago Cubs, citing a copy of the text history the publication had obtained.

“We have terminated Jared Porter this morning,” Cohen said in a statement on Twitter. “In my initial press conference I spoke about the importance of integrity and I meant it. There should be zero tolerance for this type of behavior.”

The informed source provided no more detail on the MLB investigation.

Team president Sandy Alderson said in a written statement that Porter’s actions “failed to meet the Mets’ standards for professionalism and personal conduct”. He later told reporters that the team would not have hired Porter had it been aware of the incident.

“What this situation suggests is we need to rethink what constitutes ‘well-vetted,'” said Alderson, who added that there were no plans to hire a new general manager immediately.

Porter, 41, had joined the Mets only a month ago. He had previously served as assistant general manager for the Arizona Diamondbacks following his work with the Chicago Cubs.

Porter’s dismissal comes amid a period of upheaval for the Mets, one of New York’s iconic sports franchises.

Cohen, who immediately gutted the front office after purchasing the team in November, has mounted a public effort to redefine the next generation of the Mets, taking to Twitter to communicate with fans and solicit opinions on everything from jersey designs to stadium upgrades.

Asked by a Twitter user what Porter’s “path to redemption” was, Cohen responded on Tuesday: “I have no idea.”

“I have an organization of 400 employees that matter more than any one individual,” said Cohen. “No action would (offset) a poor example to the culture I’m trying to build.”

“There really was very little choice but for Steve Cohen to do what he did, which was to act decisively and make the point that this was absolutely intolerable, as I would hope that any other owner of any other professional sports team would,” Rose said on Tuesday’s “Top of the Hour News” program on WCBS Radio.

The incident represents a reality check for the male-dominated sport, which two months ago was celebrating the landmark hiring of MLB’s first-ever female general manager, Kim Ng, who works for the Miami Marlins.

Alderson told reporters that the Mets did not speak with any women when conducting background checks on Porter, citing the dearth of women in positions of power in front offices across the league, and called the incident “an indictment of the industry” as well as “an indictment of our society.”

“I think this happens lots of places and it’s tolerated too many places,” he said.

(Reporting by Amy Tennery with additional reporting by Barbara Goldberg and Simon Jennings; Editing by Mark Heinrich and Toby Davis)