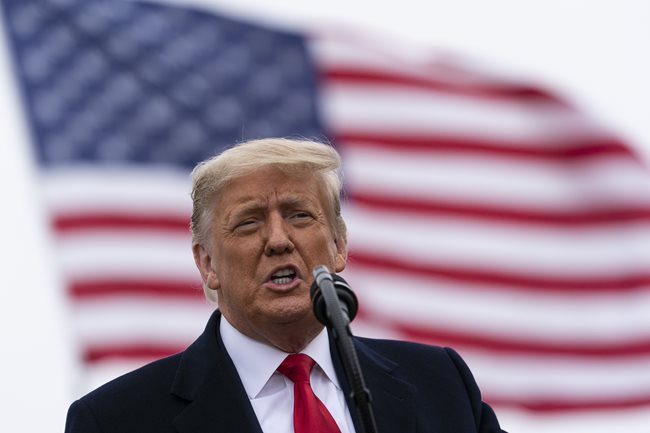 President Donald Trump has recorded a video saying farewell to his time in the White House and making way for the “new administration,” which will be released on Tuesday, the day before President-elect Joe Biden’s inauguration.

CNN reports that Trump recorded the message with a small staff on Monday night, and that he refers to the “new administration” in the video and talks of his achievements in office, according to one official. CNN notes that it’s unclear as of Tuesday morning if he will offer a concession in the video.

The president is expected to spend his last full day in office issuing pardons and commutations, and could sign several executive orders, but his official schedule is mostly empty according to CNN. First lady Melania Trump issued a farewell message on Monday.

Trump is expected to deliver his final remarks as president from Joint Base Andrews on Wednesday, where he will receive a full military-style ceremony before his departure. The organizers of the event are reportedly hoping to draw a large crowd for the occasion despite the ongoing coronavirus pandemic.

Some White House aides told CNN that Trump seemed uninterested in making a final, formal statement to the country despite pushes from his staff to deliver a prime-time address or pre-recorded message that focuses on his accomplishments. Aides also said that Trump has yet to write a letter to his successor like the one former President Barack Obama left for him.