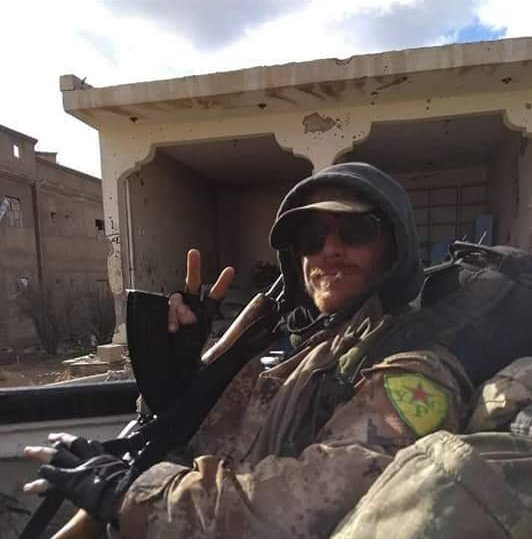 He trained in Syria in 2017 with the YPG, was featured on VICE, and in 2020 participated in the CHAZ insurrection in Seattle, per DOJ documents.

He has been arrested by the FBI pic.twitter.com/1sEMIABGhB

TRENDING: HUGE! Brother of Arrested Antifa-BLM Activist John Sullivan Turned Him In! — Says His Brother Was “Somehow in Charge” of US Capitol Riots (VIDEO)

Baker posted links to CNN on his “Call to Arms” to kill Trump supporters and police officers on Inauguration Day.

Daniel Alan Baker wanted to stockpile AK-47s and build bombs in CHAZ district in Seattle to start “the revolution.”

Tallahassee WCTV had more on the arrest:

US Attorney for Florida’s Northern District Lawrence Keefe told us earlier this week, law enforcement had been working to identify threats before they manifested.

“Trying to detect, disrupt and dismantle any coordinated efforts to attack any capital,” said Keefe.

Baker, a former US Army infantryman, took part in a number of last summer’s protests against police brutality according to the affidavit.

The criminal complaint included Daniel Baker saying he received Soros money and he will be offering cash rewards for information on Trump supporters in his video.

Baker also offers cash rewards to any of his followers who send him information on Trump supporters at the US Capitol protest and riots.