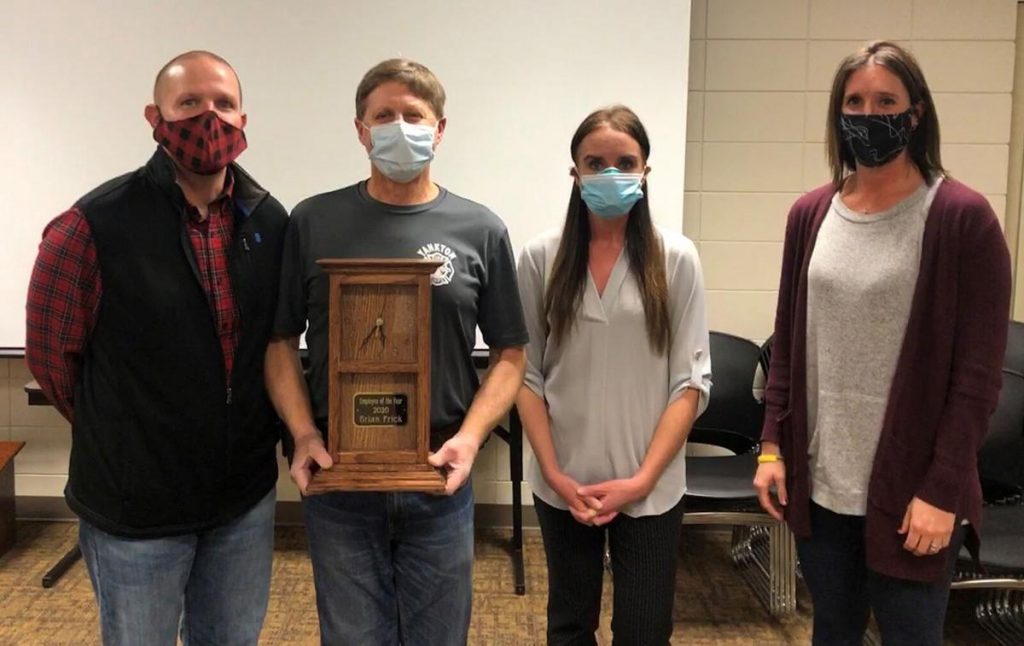 (KVHT) – The City of Yankton has named its newest Employee of the year. The honor was given to Yankton’s Parks & Recreation Department superintendent Brian Frick. It was largely through Frick’s efforts that the department was able to carry on through the ongoing Coronavirus pandemic. Frick has a lot of experience serving the community, including his efforts as a firefighter with Yankton’s Volunteer Fire Department for the past 37 years. As Frick made his way to the current position of Parks & Rec grounds superintendent he worked as an animal control officer, a garbage collector with the Yankton Street Department, and then took a job in water distribution. It was after two years in the water department that Frick took a position in the Parks & Rec department. Upon taking over his current position, Frick was immediately faced with the pandemic and its continuing impact on recreational opportunities — and staffing — for the city. He says he’s appreciative of the opportunity to work with the city, and especially has enjoyed working with a lot of different individuals throughout the years.