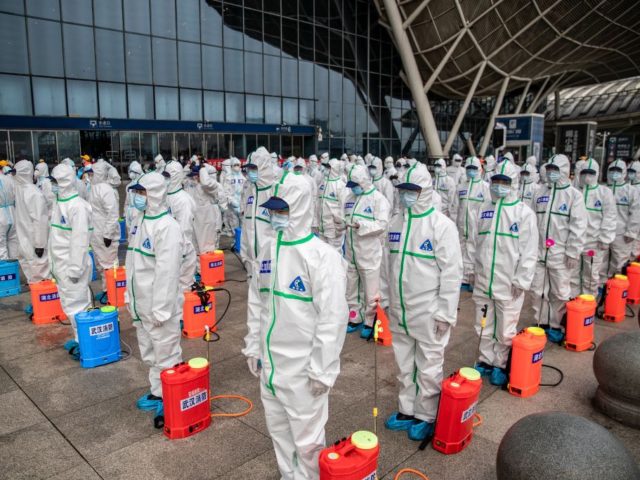 Twelve months ago today, the World Health Organisation (W.H.O.) reassured the world on the then-new coronavirus outbreak, uncritically repeating a message from the Chinese Communist Party that there was “no clear evidence of human-to-human transmission” of the virus.

On January 14, 2020, as Coronavirus raged inside China and just one day after the first international case had been reported, the W.H.O. announced to the world that “Preliminary investigations conducted by the Chinese authorities have found no clear evidence of human-to-human transmission of the novel #coronavirus (2019-nCoV) identified in Wuhan, China.”

Preliminary investigations conducted by the Chinese authorities have found no clear evidence of human-to-human transmission of the novel #coronavirus (2019-nCoV) identified in #Wuhan, #China🇨🇳. pic.twitter.com/Fnl5P877VG

The message, delivered without context about the Chinese Communist Party’s reliability on honestly reporting internal matters, was later defended by W.H.O. chief Dr. Tedros Adhanom Ghebreyesus, who is not a medical doctor, as “in line with our practice of reporting to the world info that countries report to us,” after it became clear that the information was disastrously wrong.

By the W.H.O.’s own account, they had also hosted a press conference the same day where one of their scientists said: “is it certainly possible that there is limited human-to-human transmission.”

The W.H.O. faced criticism and accusations over its allegedly slow response to the Coronavirus in 2020, including claims made in the German press that the U.N. agency deliberately delayed its own declaration of the pandemic at the request of Beijing.

Regardless, the W.H.O.’s final warnings came months after the body was warned by Taiwan — as early as December, in fact — of a new deadly disease spreading in the region. The Taiwan government told Breitbart in March: “Taiwan did report our concern on the severity of coronavirus last December to the WHO… WHO mostly ignored our messages and never shared information as they do to other countries.”