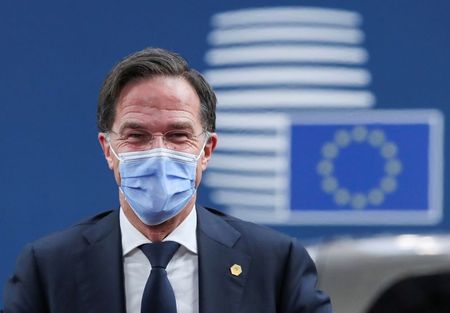 AMSTERDAM (Reuters) – Dutch Prime Minister Mark Rutte’s Cabinet is considering collectively resigning over a report that blamed the government for mismanagement of childcare subsidies that drove thousands of families to financial ruin.

A parliamentary inquiry last month concluded that “unprecedented injustice” had been done to innocent families, who were often forced to repay tens of thousands of euros of granted subsidies, leading to unemployment, bankruptcy or divorce.

The families this week filed charges against five politicians, including Finance Minister Wopke Hoekstra and Economy Minister Eric Wiebes, for their role in the mismanagement.

Opinion polls show Rutte’s government has the approval of two-thirds of the public. But political analysts said pressure on the government to resign grew after Lodewijk Asscher stepped down as head of the opposition Labour party and said he would not contest the March 17 parliamentary election as he felt he was partly to blame for the scandal.

Asscher, who was social affairs minister when his party was a coalition partner in a previous Rutte government, “not only puts more pressure on the cabinet, but also on individual party leaders,” political pundit Tom-Jan Meeus wrote on Twitter.

Crisis talks with the entire Cabinet called by Rutte were scheduled for Friday.

The subsidy scandal saw the tax office ruthlessly enforce repayments of subsidies, without giving families opportunity to show their innocence. Government ministries and even courts also failed to give the assistance needed, the parliamentary committee found.

The crisis comes just two months before the next election and as the country is in a middle of the toughest lockdown of the coronavirus pandemic. Rutte is considering even tougher curbs as infections surge.

Responding to questions about his possible resignation, Rutte said on Tuesday his Cabinet would remain fully capable of managing COVID-19, even if forced into caretaker status.

The Netherlands has recorded nearly 900,000 coronavirus cases and more than 12,000 deaths.