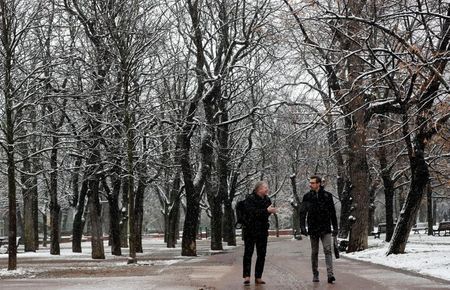 By Michael Kahn and John Revill

PRAGUE/ZURICH (Reuters) – Trudging through snow while interviewing someone is just another day at the office for Prague-based recruiter Blake Wittman who has embraced new tactics to gain an edge during a pandemic that has roiled Europe’s hiring market.

On a freezing morning in January, Wittman swapped his warm office for a park overlooking the Czech capital’s historic Old Town to interview a candidate outdoors to comply with strict social-distancing rules.

The restrictions have made it tough for recruiters to reach potential applicants, whose numbers have shrunk because many people with jobs are sitting tight rather than looking to move on.

“They are terrified of losing their jobs,” he said of the current mood in the once-hot Czech labour market, where the number of vacancies plummeted by up to 70% in the early months of last year as the pandemic took hold.

Before the pandemic, central and eastern European countries were enjoying an employment boom by offering low-cost business services to multinationals. But what was once a jobs merry-go-round for recruiters has slowed as workers place a premium on job security over rapid career advancement or switching jobs for more money.

Workers in wealthier western European economies are equally cautious about changing jobs, leaving recruiters to work out how they can best help companies to find staff with the skills needed in sectors able to survive the pandemic.

Video interviews are now de rigueur for any vacancies that do emerge. But many recruiters are going further, organising lunches over Zoom for more informal chats.

They are also relying more on psychometric tests, done remotely, since they are not able to vet people in person.

“The difficulty is many companies and recruiters want to have a look and feel of the candidates so there is now a lot more stress on online behavioural testing,” said Prague-based recruiter Jon Hill.

Poland’s Malecki Executive Search has adapted by offering a more personal touch for high-fliers, such as giving advice where necessary on local pandemic rules.

“I sometimes have to be a re-location adviser or answer questions on anything like when to wear a mask in Poland or cross the border of a country,” the Krakow-based boutique firm’s director Szymon Malecki told Reuters.

“We had to adapt to new situations on a daily basis.”

The premium on job security over higher pay will mean slower wage growth that will also delay salaries in central Europe from catching up with those in western Europe, recruiters say.

While fast-paced wage increases have long fuelled consumer spending and growth among the European Union’s eastern flank, a big pay gap remains. Gross hourly earnings in the Czech Republic, Hungary and Poland hover around 5 euros ($6.08)compared with above 15 euros in Germany, based on Eurostat data.

“Before candidates were willing to consider a move for a bit more money, a better vision or sweeter benefits,” GoodCall’s Wittman said. “In today’s world those things don’t matter that much. What matters now is the longer term future.”

It is difficult to assess which industries and companies will emerge stronger from the pandemic. And in Europe, the labour market will only fully adapt once the region’s governments start winding down state-subsidised furlough schemes to protect jobs.

But with initial signs of a hiring recovery in some areas, potential rewards await those recruiters already able to adapt to social-distancing restrictions and spot areas of the economy offering the richest post-Covid opportunities.

Amsterdam-based Randstad says it is turning to big data to create a vast skills inventory and is using predictive software to gauge where best to place workers on its books.

In a sign of early returns, the world’s biggest staffing company in October reported better-than-expected third-quarter core earnings and said it was seeing a significant recovery of revenue lost earlier in the pandemic.

“Redeploying talent has become a priority for many companies and governments,” she said, citing data from Randstad’s Workmonitor Report and giving an example of moving airport baggage handlers to e-commerce warehouses.

Adecco has launched training schools in France and Italy to teach skills that could be used in growth sectors.

These centres have so far qualified 35,000 people since the start of the crisis in areas like digital, language and other skills, the company’s global president Christophe Catoir said.

“People are less willing to move than they were, they want to stay in their existing jobs,” Catoir told Reuters. He said that the number of staff at Adecco – which employs around 15,000 in Europe – who are changing jobs was 20% lower in 2020 than the normal rate.

“Workers prefer for part of their career path to be permanent when they have to pay rents, pay off loans, and pay for children.” 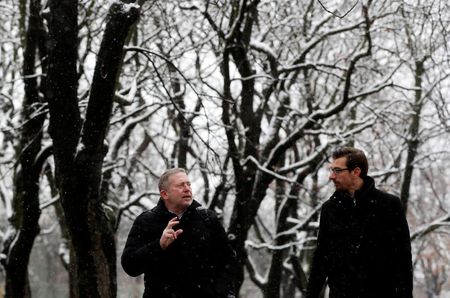 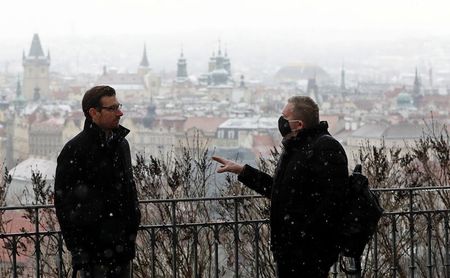