US Bans All Cotton, Tomato Products from Xinjiang in Crackdown on Forced Labor 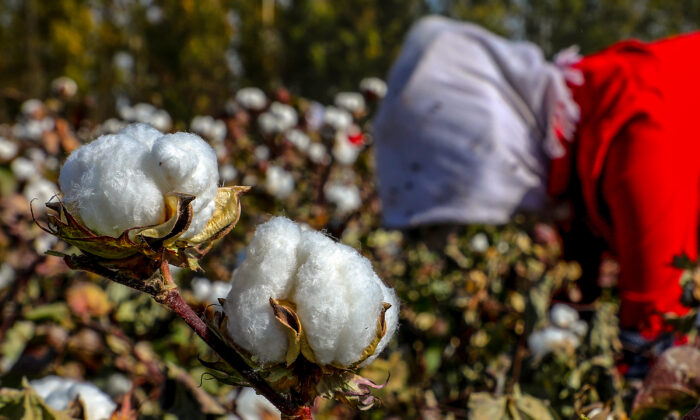 The United States announced on Jan. 13 it will ban all imports of cotton and tomato products from China’s Xinjiang region, in the widest action yet to clamp down on forced labor of Uyghur Muslims.

Customs and Border Protection (CBD) officials at all U.S. ports of entry will be required to detain cotton and tomato products grown or produced in Xinjiang, including apparel, textiles, tomato seeds, canned tomatoes, and tomato sauce, CBD said in a statement.

The order came amid intensifying scrutiny on Beijing’s forced labor practices targeting the regime’s Uyghurs and other Muslim minorities. A recent report found that in 2018, at least 570,000 Uyghurs were forced to pick cotton in the region.

The region supplies about 20 percent of the world’s cotton, so the order could have major impacts on the global fashion industry and its supply chains.

“CBP will not tolerate the Chinese government’s exploitation of modern slavery to import goods into the United States below fair market value,” said Acting CBP Commissioner Mark A. Morgan. “Imports made on the cheap by using forced labor hurt American businesses that respect human rights and also expose unsuspecting consumers to unethical purchases.”

CBP said the order was issued “based on information that reasonably indicates the use of detainee or prison labor and situations of forced labor.”

More than 1 million Uyghurs and other Muslim minorities have been detained in hundreds of internment camps. Survivors of the camps recount being tortured and forced to undergo political indoctrination.

“We demand the Chinese close their camps and stop their human rights violations,” Acting Department of Homeland Security Deputy Secretary Ken Cuccinelli said in a statement.

More than 100 camps in the region contain factory facilities where detainees are forced to work, according to a recent Buzzfeed investigation.

Researchers last year found that tens of thousands of Uyghurs have been transferred to work at factories across China in conditions suggestive of forced labor. Those facilities manufactured goods for 83 global brands.

Canada and the British government both recently said they too would take steps to stop goods tainted by forced labor from entering their countries.

Last year, the United States sanctioned several Chinese officials and a paramilitary group over their roles in overseeing abuses in Xinjiang. Dozens of Chinese entities and companies also have been blacklisted from doing business with U.S. firms.

The Associated Press contributed to this report.