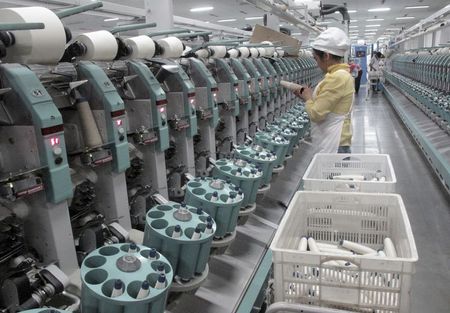 WASHINGTON (Reuters) – The Trump administration announced an import ban on all cotton and tomato products from western China’s Xinjiang region on Wednesday over allegations that they are made with forced labor from detained Uighur Muslims.

U.S. Customs and Border Protection said the order applies to raw fibers, apparel and textiles made from Xinjiang-grown cotton, as well as canned tomatoes, sauces, seeds and other tomato products from the region, even if processed or manufactured in third countries.

The agency, which is part of the Department of Homeland Security (DHS), estimates that about $9 billion of cotton products and $10 million worth of tomato products were imported from China into the United States in the past year.

DHS acting deputy secretary Kenneth Cuccinelli told a news briefing the order sends a message to importers that “DHS will not tolerate forced labor of any kind” and companies should eradicate Xinjiang products from their supply chains.

The move is the latest by the Trump administration in its final days to harden the U.S. position against Beijing, erecting economic penalties that would make it more difficult for President-elect Joe Biden to ease U.S.-China tensions after he takes office on Jan. 20.

In December, Congress passed the bipartisan Uyghur Forced Labor Prevention Act, which assumes that all goods manufactured in Xinjiang are made with forced labor and therefore banned, unless CBP certifies otherwise.

Secretary of State Mike Pompeo, in his final days in office, has been weighing a determination as to whether forced labor in Xinjiang constitutes an “atrocity” or labeling it “genocide,” which analysts say would have significant implications for relations with China.

The region wide import ban follows a move to block cotton imports from China’s largest producer, the military-linked Xinjiang Production and Construction Corps (XPCC). Both will have a big impact on cotton production in Xinjiang, which produces as much as 20% of the world’s supply of the commodity.

CBP officials said some 43 shipments of cotton-based products have been detained at U.S. entry ports since the XPCC ban was announced.

The U.S. apparel industry had previously criticized a broad ban as impossible to enforce. On Tuesday, a coalition of apparel and retail groups said in a joint statement https://aafaglobal.org/AAFA/AAFA_News/2020_Press_Releases/Joint_Association_Statement_Ban_XUAR_Cotton.aspx that members were working to push forced labor from their supply chains but hoped to work with CBP “to make sure that enforcement is smart, transparent, targeted and effective.”

The United Nations cites what it says are credible reports that 1 million Muslims held in camps have been put to work in Xinjiang and faith leaders, activist groups and others have said crimes against humanity, including genocide, are taking place.

The Chinese embassy in Washington said in a statement the forced labor issue was a “political lie” and vowed to take actions to safeguard the rights of its companies.

“The U.S. side resorts to pressure, sanctions and other means to suppress Xinjiang enterprises and undercut Xinjiang’s stability, development and prosperity,” the statement said. 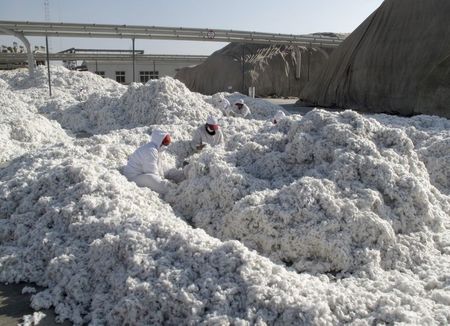